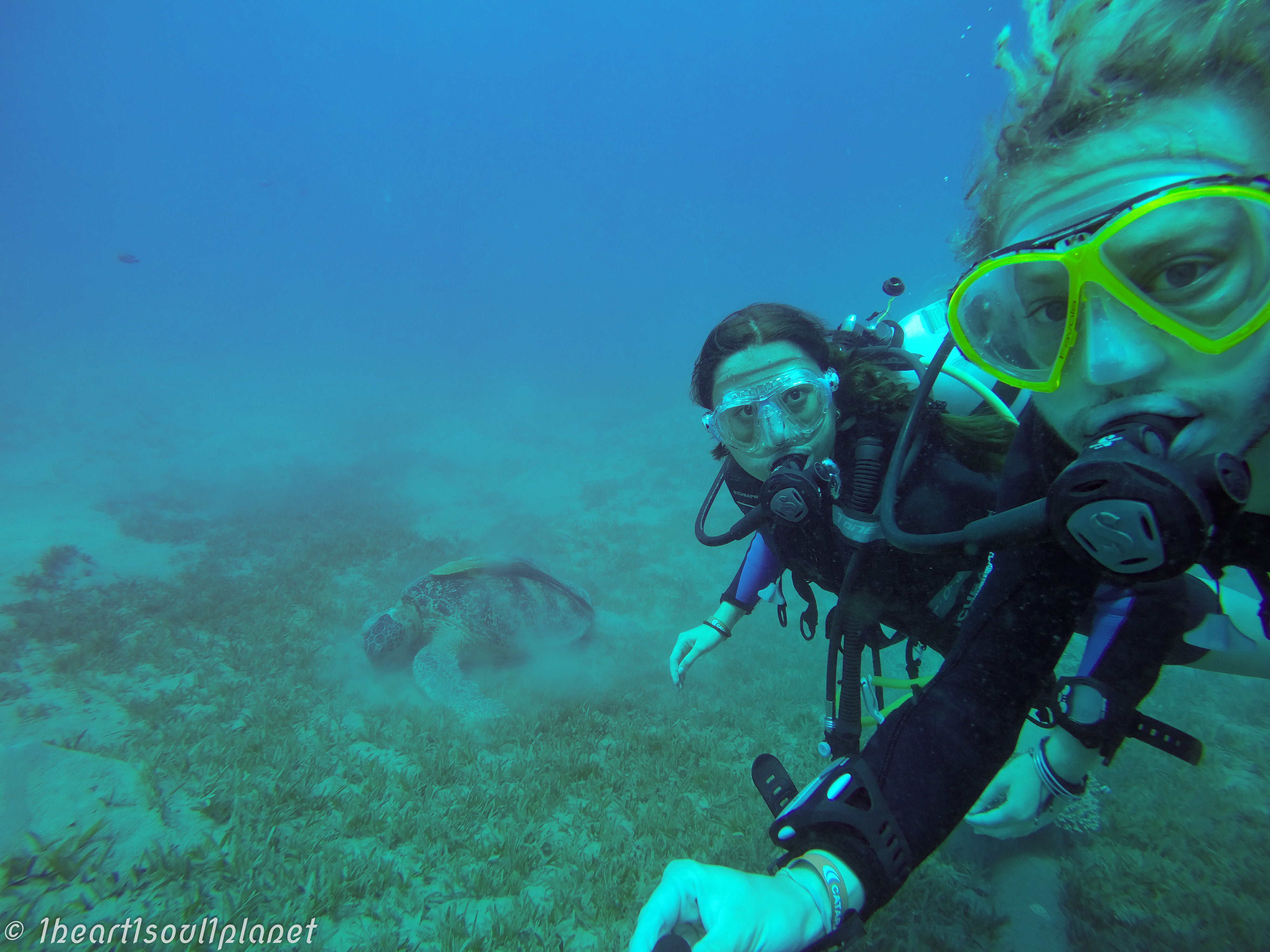 The first day of the second part of our trip around the world approached unstoppably and soon enough we found ourselves surrounded by our friends and family, drinking beer and saying our goodbyes. There were no tears this time- as everybody seems to have gotten used to our new lifestyle already… or maybe they were glad to get rid of us again ;-)

Anyhow, the train was on time the next morning and after a couple of hours, we reached South France, where we spent a week with some friends and Nici’s pony Alban. The weather was extremely nice and staying in France allowed us to relax before starting another adventure. 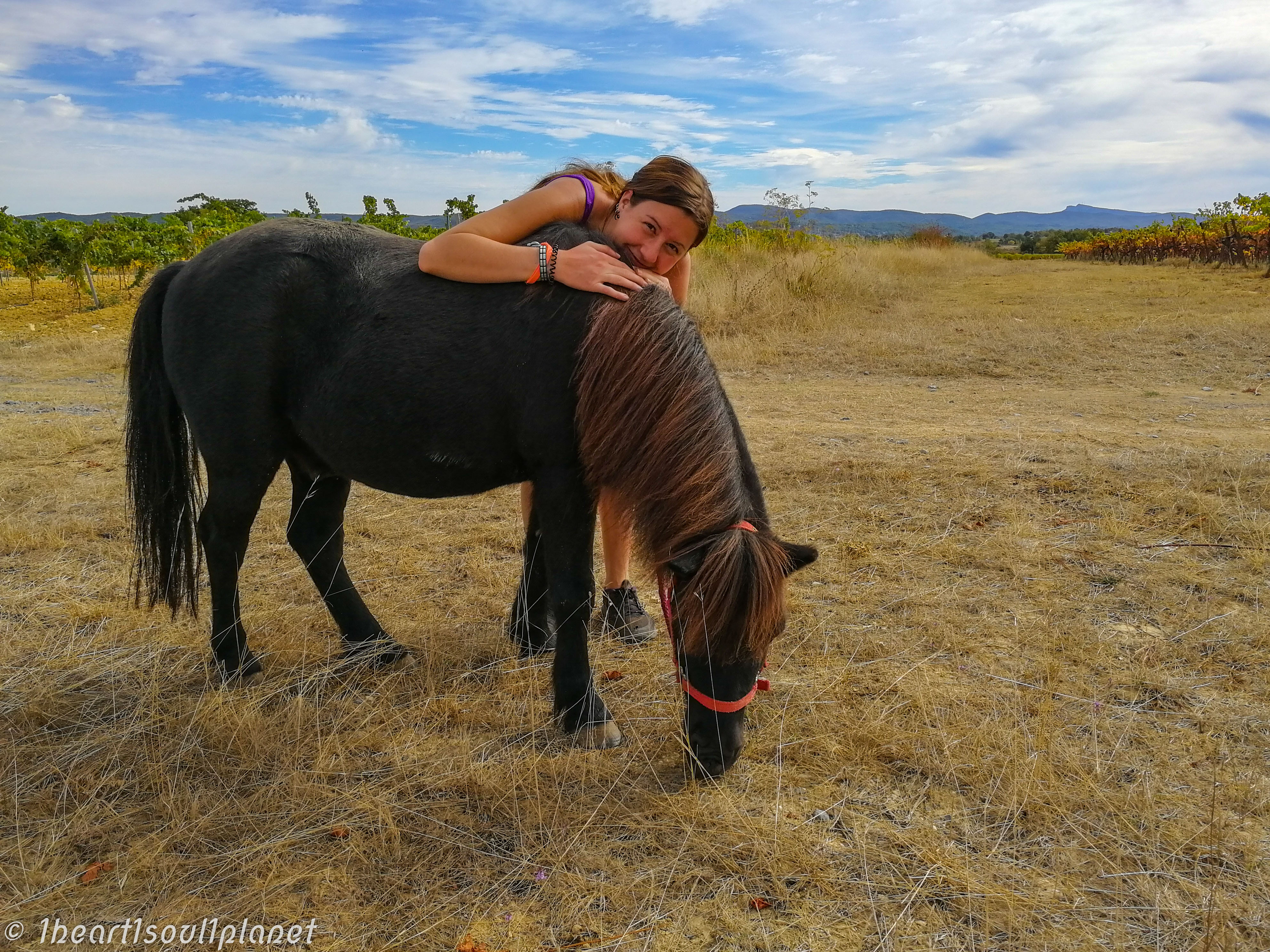 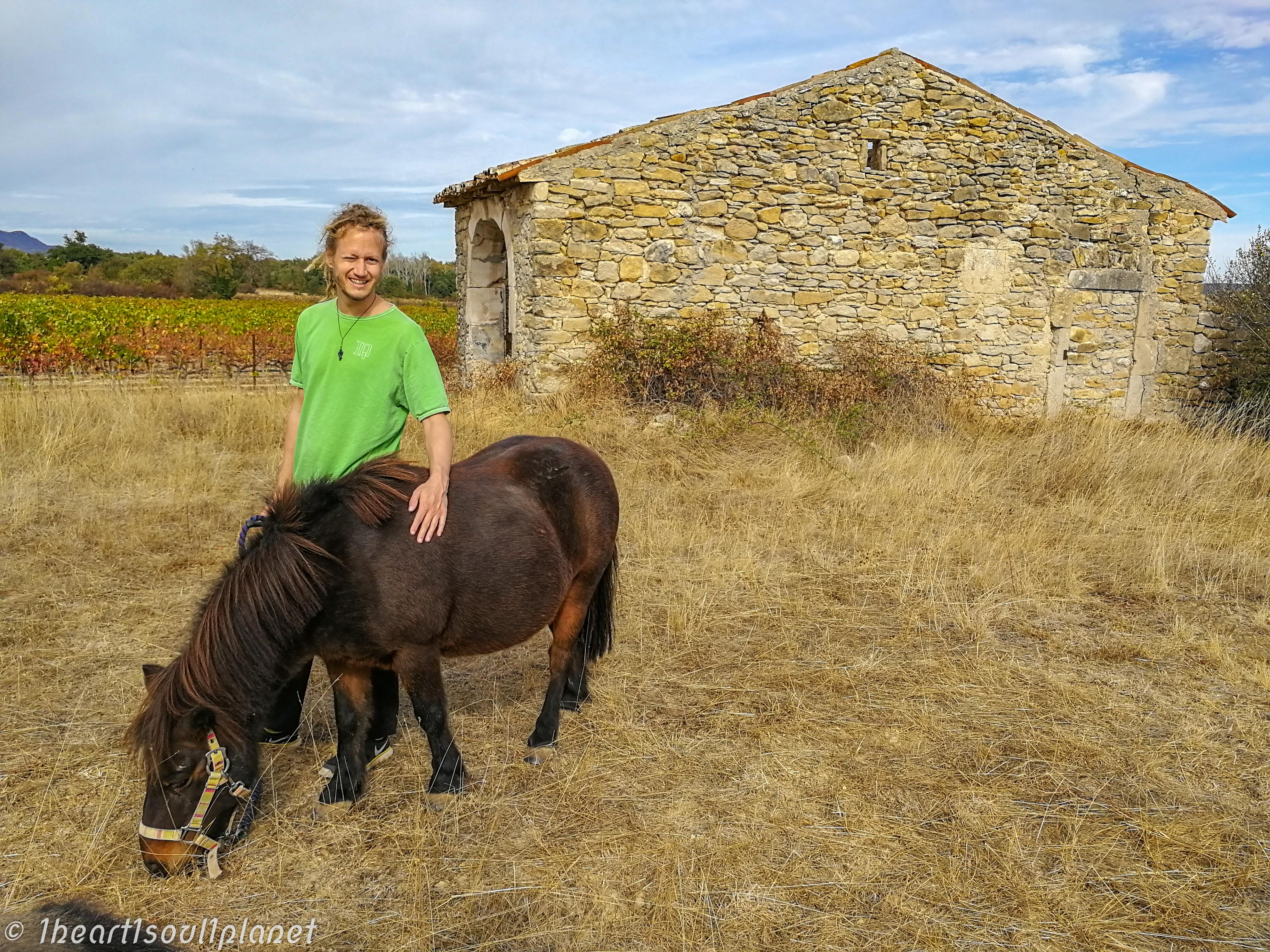 Our friend Vicky, who lives in Cairo, had organized a driver for us.
Vicky is one of the great people we met on Koh Tao two years ago and with whom we’ve stayed in touch ever since. She and her fiancé David have been living in Egypt for about a year and welcomed us warmly to their generous apartment, which lies on the eleventh floor in one of the apartment buildings in Maadi.
It was already about 2am, so we went straight to bed.

After a short night and a visit from David and Vicky’s cat, Joy, we had the chance to talk some more with our friends, before the two of us took an Uber to the pyramids.

René had already been to Egypt several times, but never to Cairo. Our first impression of this city was surprisingly good. We had expected a very crowded, very noisy and very dirty city- but maybe that’s just because we have been to India. Cairo is dusty and there’s a lot of traffic, but as it seems to always be flowing, that didn’t bother us.
Egyptians drive quite dangerously, but we reached our destination and stepped out into the sun.
Again, we were surprised, because it wasn’t even that hot and a nice wind was blowing.
Egypt doesn’t have many tourists at the moment and so even the area around the pyramids wasn’t crowded at all and most visitors were locals.

The pyramids are very impressive but again, we had expected them to be bigger. We’re probably just used to seeing immense things on tv and so the size of buildings doesn’t impress us much. However, when you think about WHEN the pyramids were built, you can’t help but being impressed.
The whole Egyptian history is extremely interesting and we took some moments to take in the scenery around us (minus the people) and imagine what it must have looked like thousands of years ago. 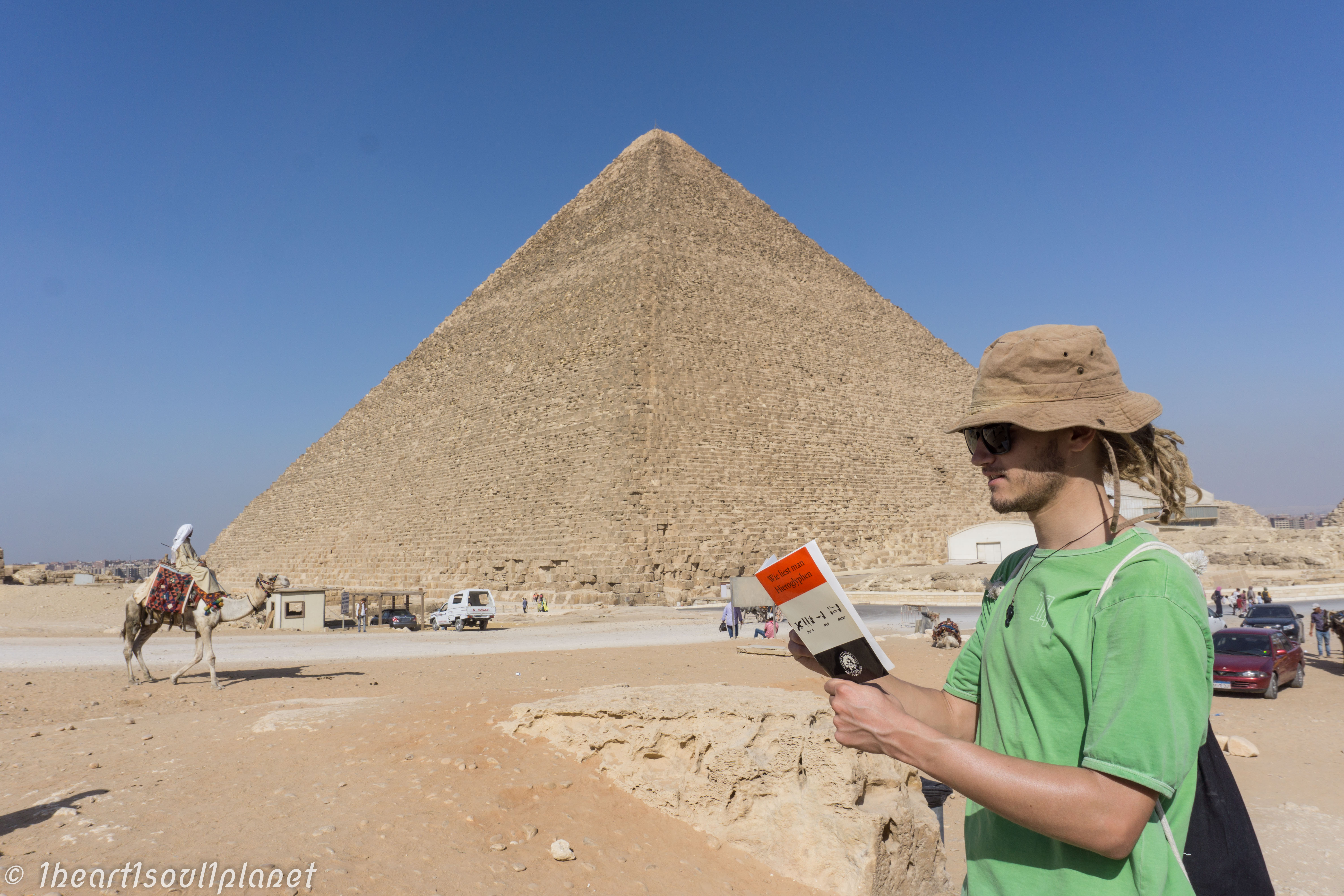 The only thing we didn’t like, was how the locals treated their camels and horses. We saw several people beating up their animals with sticks and whips and we’d definitely urge you to NOT support that by buying a ride on a camel or horse there.

We still got talked into taking a picture with a camel. The people are very good at talking you into something, but honestly, that man could use that dollar we gave him better than we do. 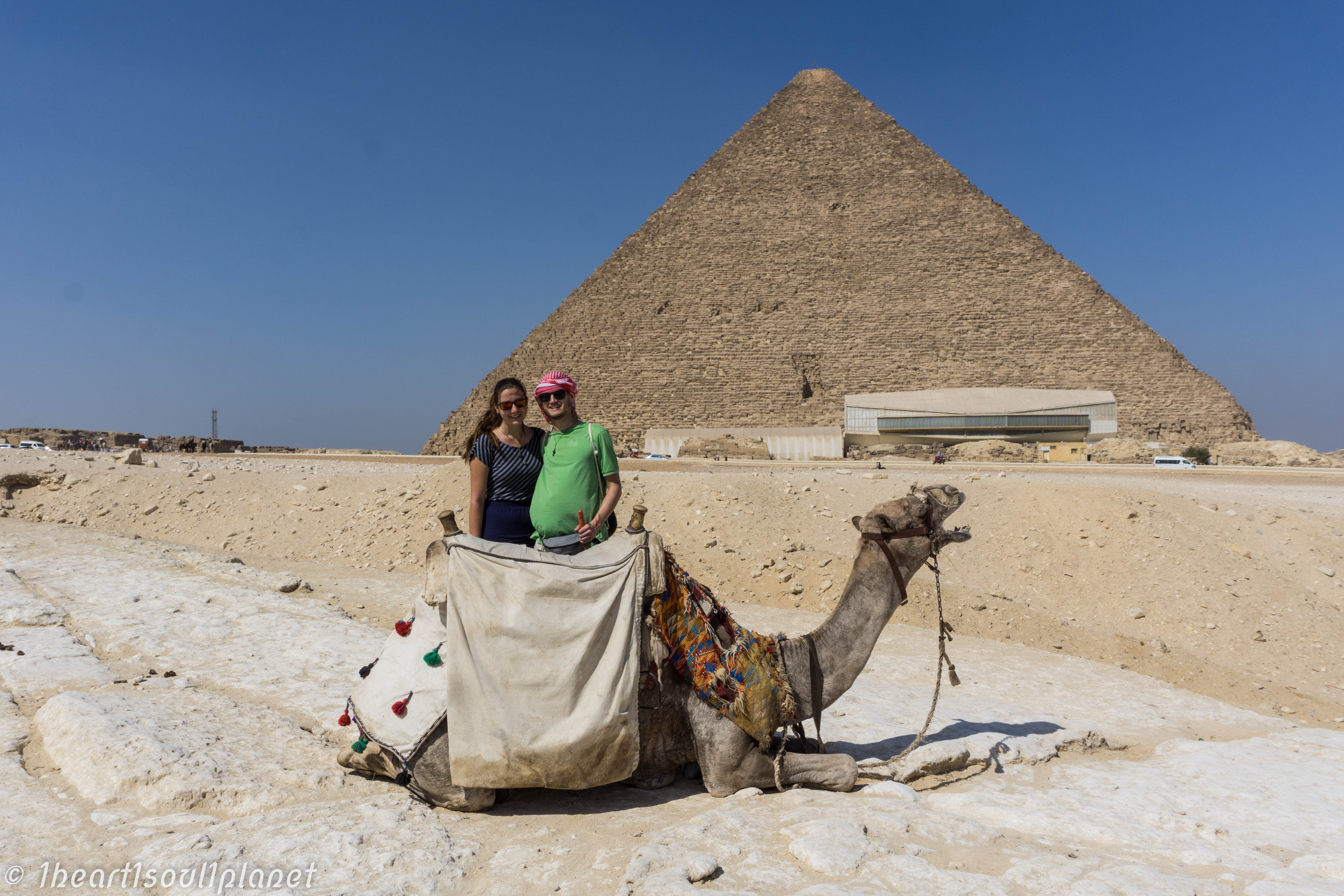 After strolling around the pyramids for a couple of hours, we went back and enjoyed some Stella beers and Gin Tonic with our friends on the rooftop, from which you could see the sunset and a lot of the city- as well as one of the pyramids in the distance.

On our second day in Cairo, we wanted to find out more about Egypt’s history, so we went to the big Egyptian museum.
Vicky had already told us that she could spend days in there- and she was right.
There’s so much to see and we were amazed by how much stuff had been discovered.
It’s unbelievable how well intact most of the things are- despite their age of thousands of years. Especially the mummies were very exciting. We were literally looking at Ramses… someone who has been dead for an eternity. And some of the mummies still have hair…
If you’re ever going to Egypt, you absolutely have to visit the museum!

That evening, Vicky and David took us on a Felucca ride on the Nile, on which we had some more beer and watched the sunset. 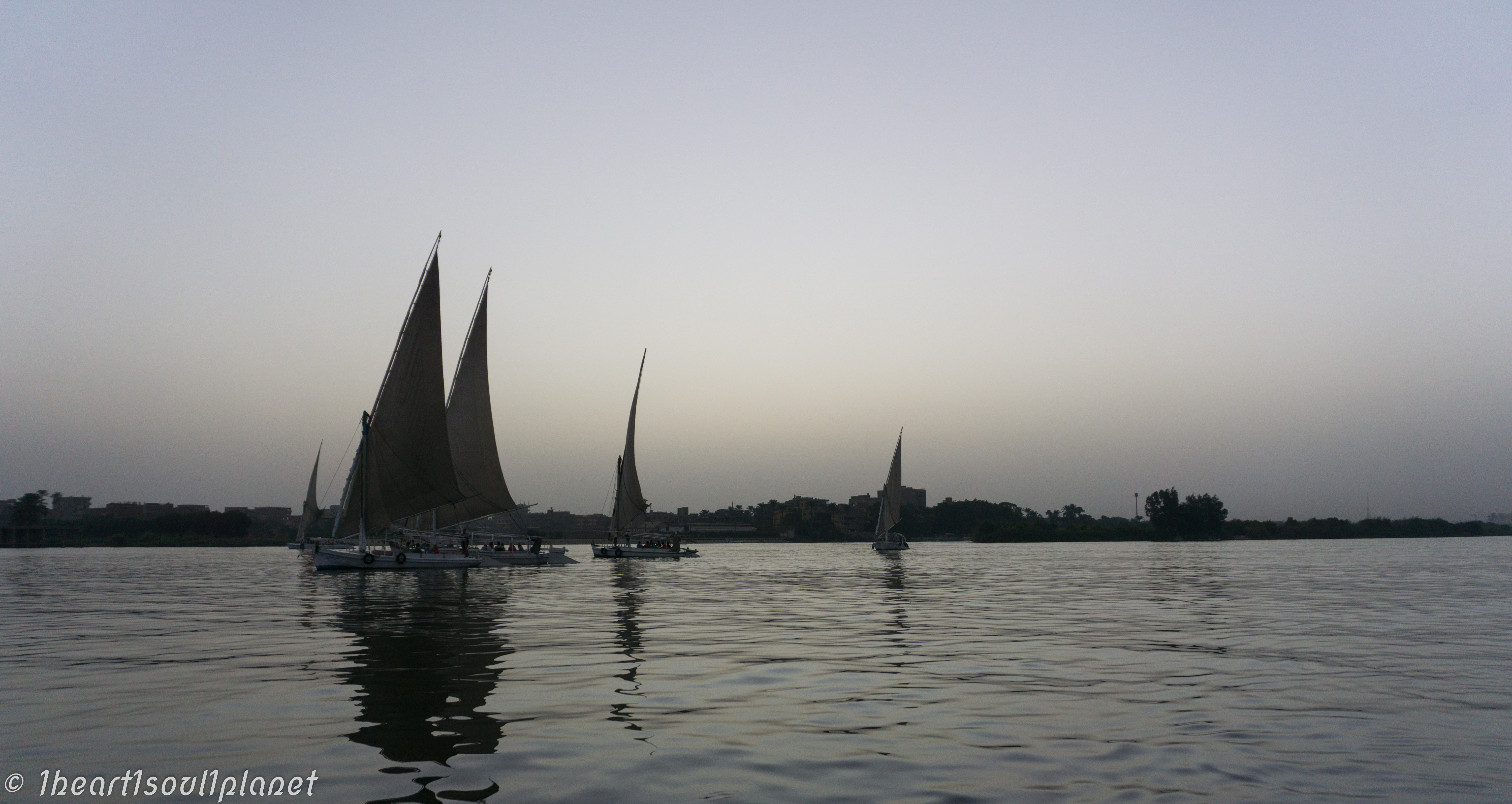 On our last night in Cairo, we went to a restaurant to watch a soccer game. Egypt qualified themselves for the world cup and the streets were filled with honking and music throughout the night…

… which meant we were tired enough when we got on our bus early the next morning.

It took us 10 hours, five passport controls and two luggage controls until we finally reached Sharm El Sheikh. We’re not complaining though, since what happened in Egypt it’s understandable that safety comes first…

We had booked an all-inclusive stay at the Cataract Layalina resort on the beach and were impressed by its comfort and the delicious food we were served.
The buffet was extremely healthy and offered many vegan salads as well as rice, pasta and potatoes. Even some of the desserts were vegan.

We spent our days on the beach, drinking beer and trying to get a tan. 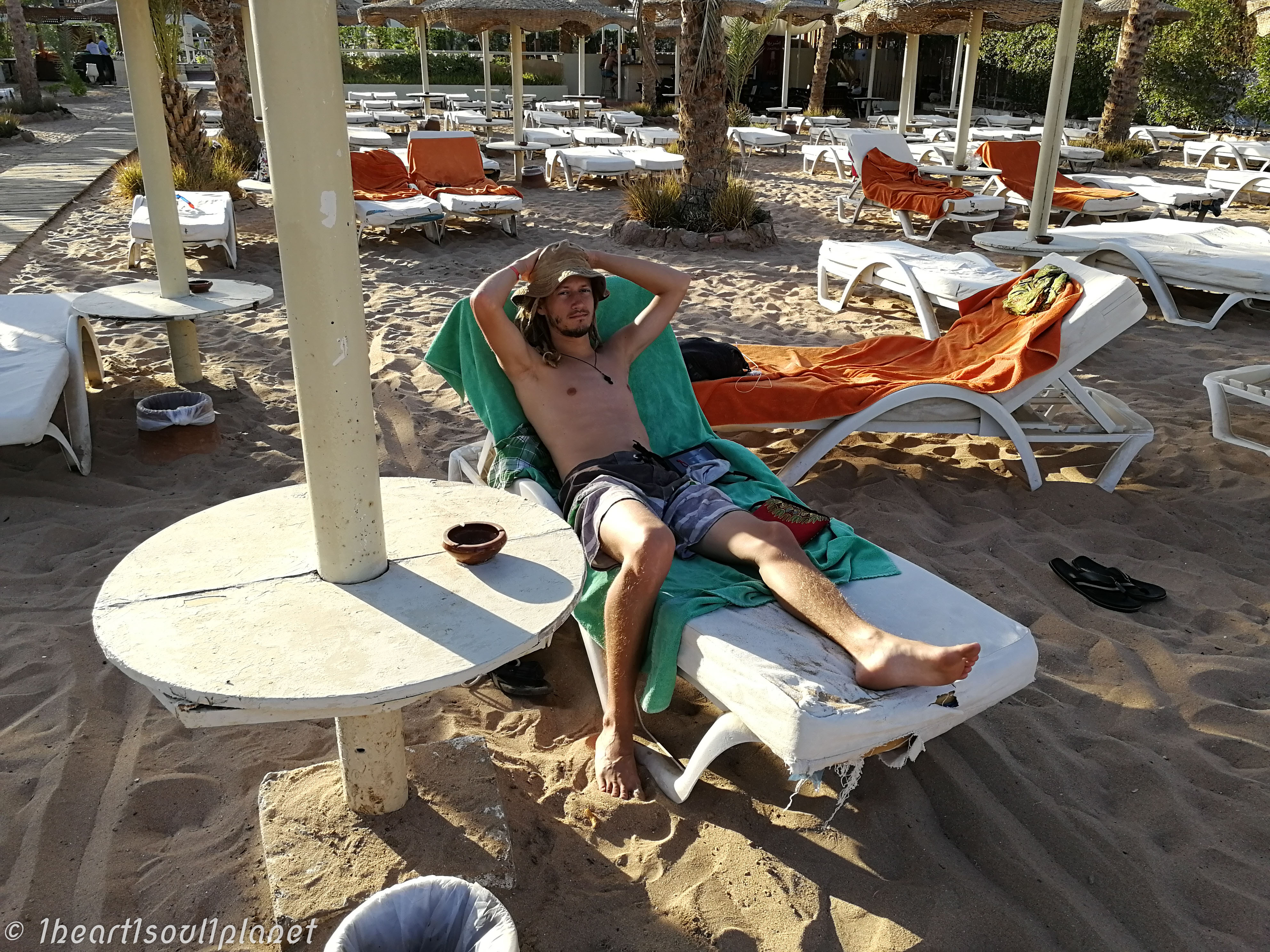 Twice, we went diving together and the dive school even allowed us to dive without a guide the second time, so we enjoyed our first dive alone…
We took the liberty of not having a fix route to watch two huge, old turtles grazing, until an eagle ray swam by and caught our attention. 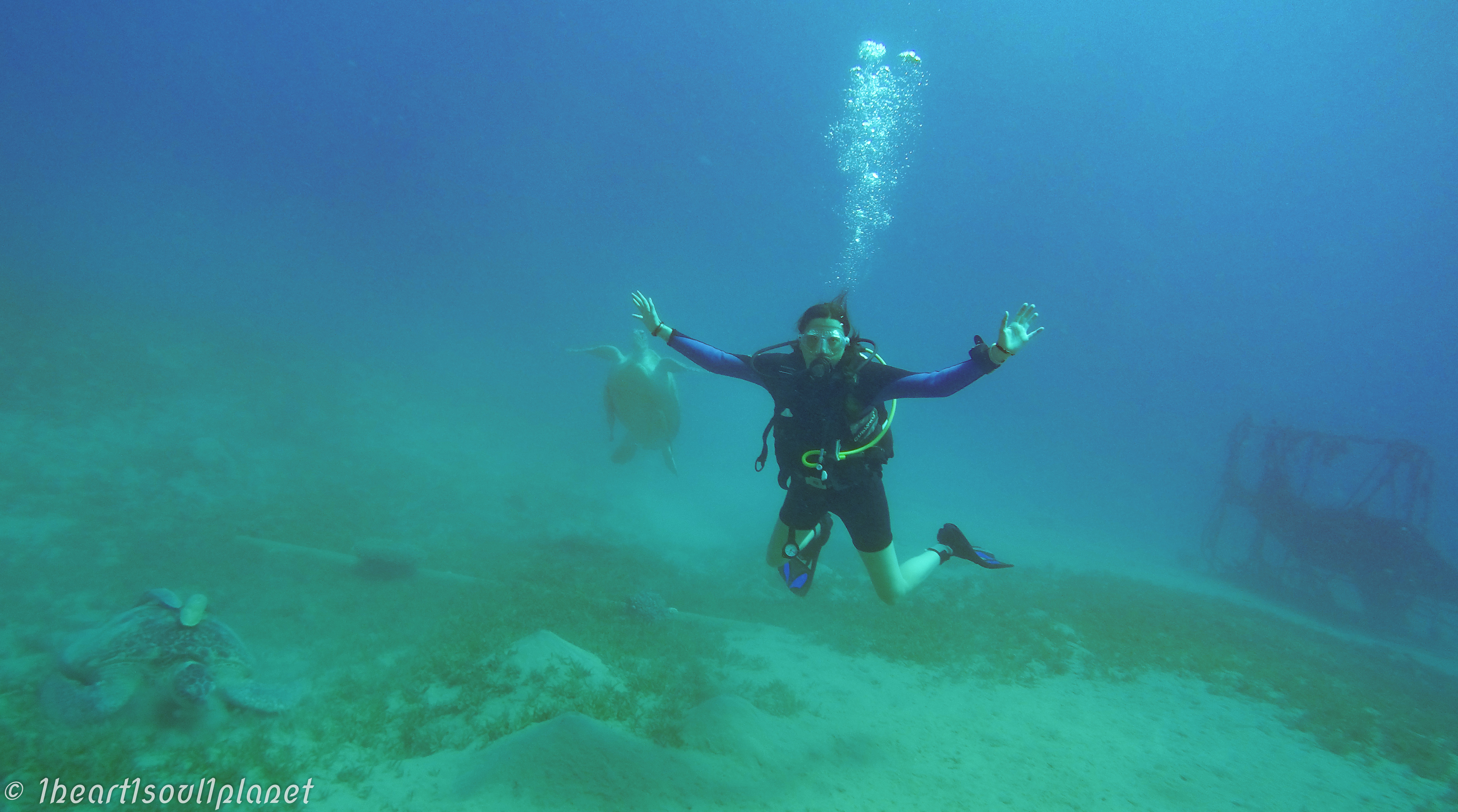 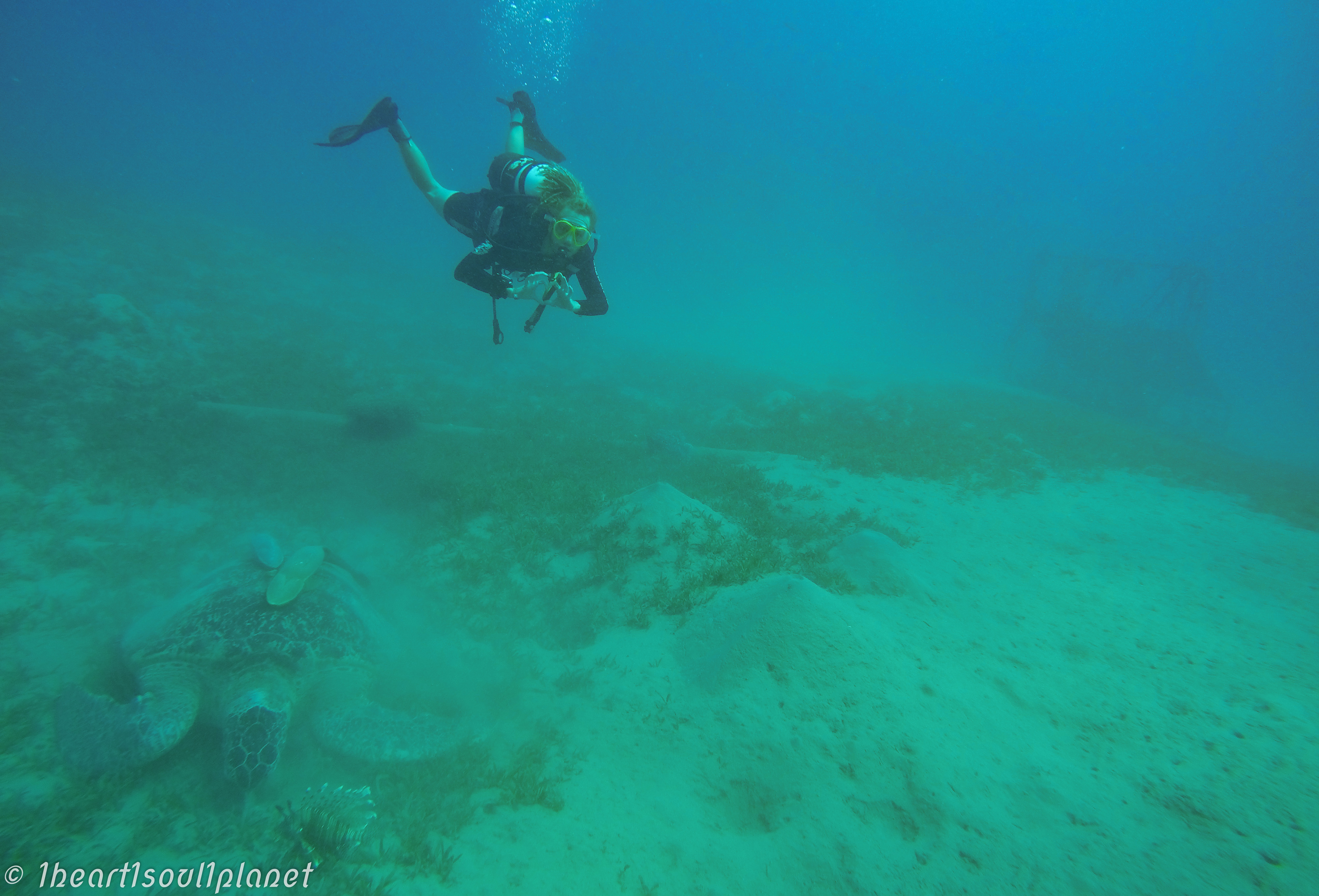 René also went diving in Ras Mohammed the next day, where he saw stone fish and crocodile fish. 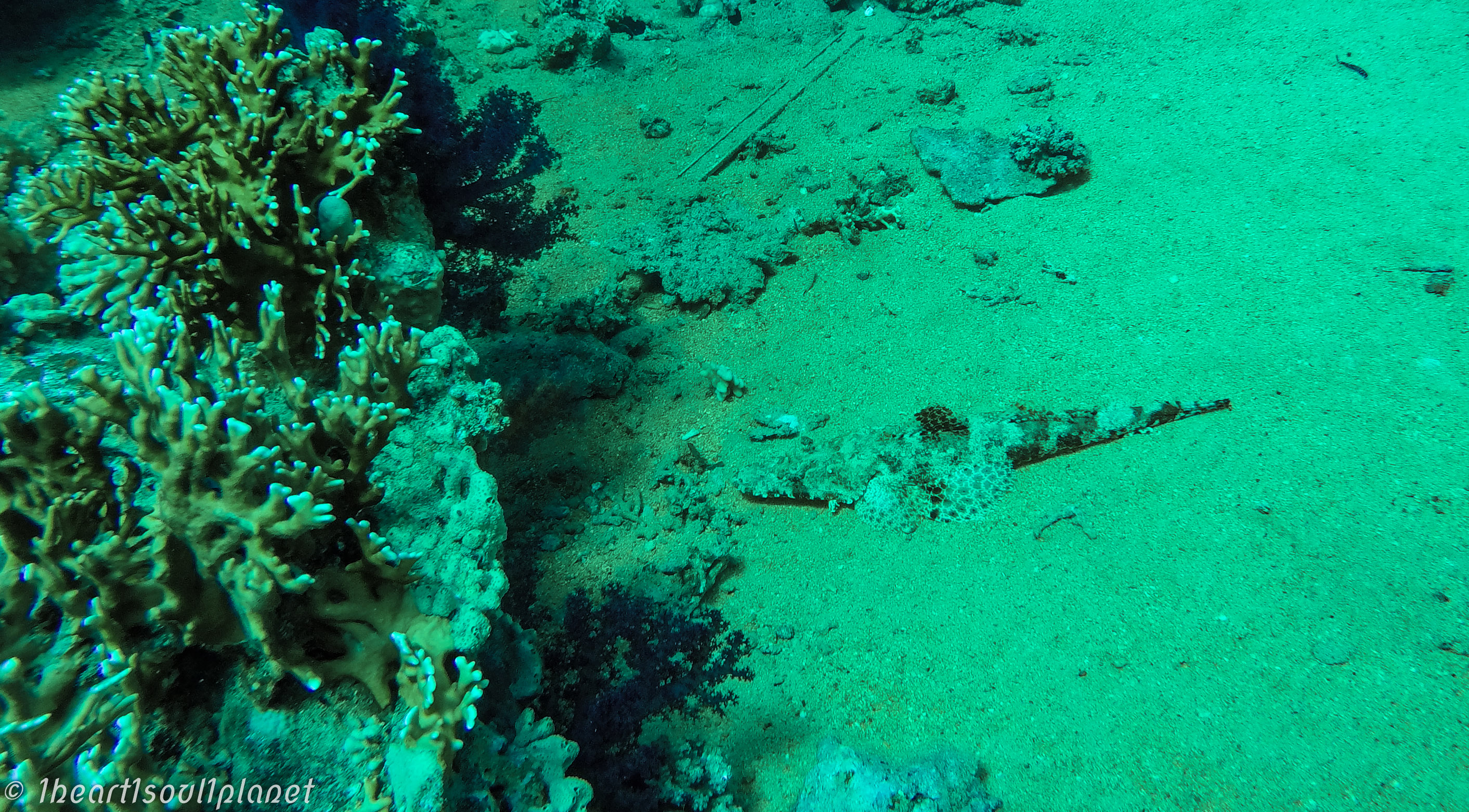 Maybe our brains had been boiled by the sun, because we somehow forgot when our flight to Colombo was due. Luckily though, we thought it was sooner rather than later and ended up flying back to Cairo one day earlier. 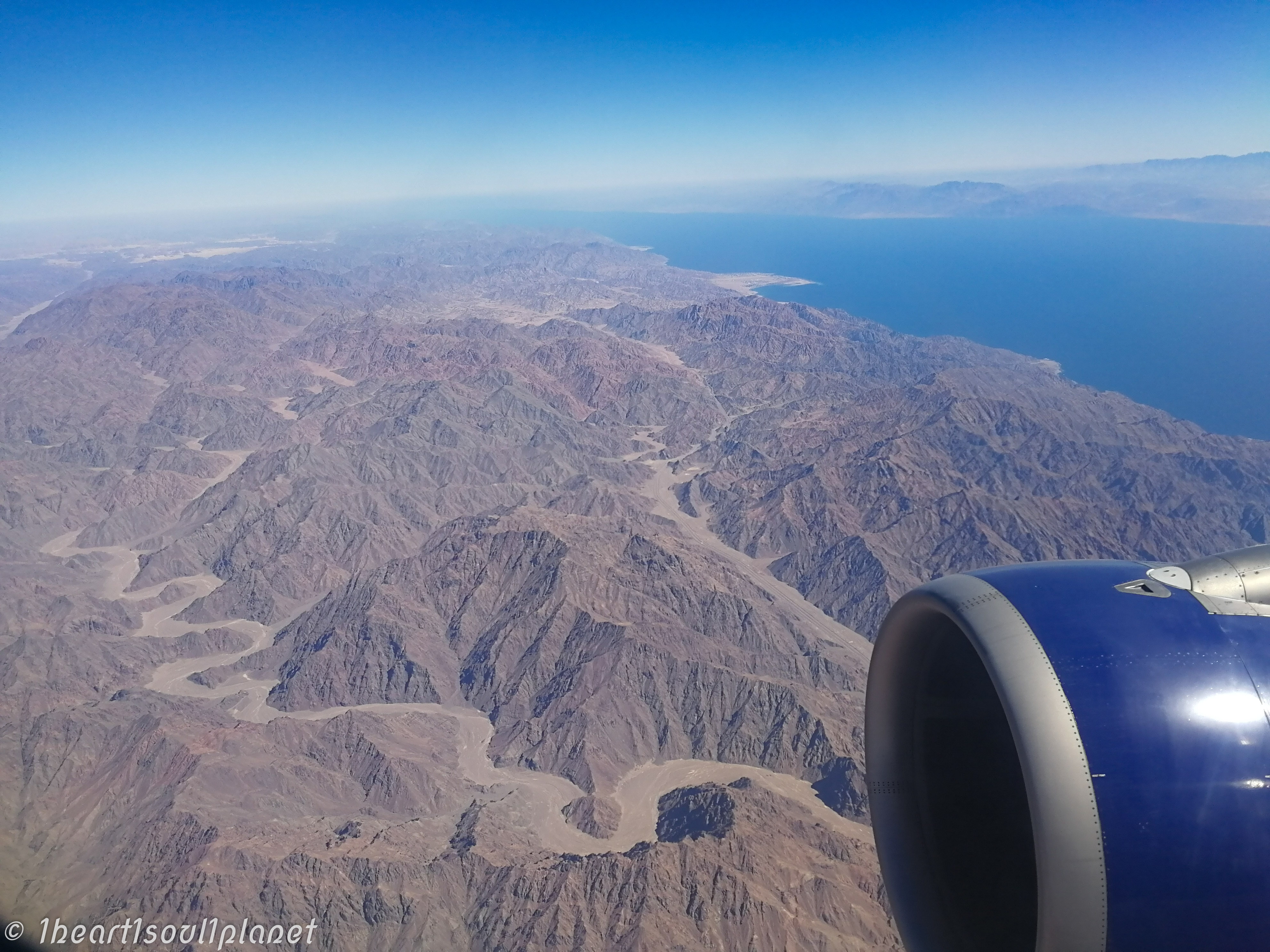 That was great, because now we were able to spend some more time with Vicky, David and Joy :)

Again, we said our goodbyes the next day and flew to Bahrain, where we had to wait 12 hours for the connecting flight to Colombo.
It was way too cold at the airport to sleep on the floor- thanks to overused aircons- but since we got Game of Thrones on our laptop, we killed the time well enough.

And now we are here in Sri Lanka, which feels like a mixture between India and Thailand… but more about it in our next blogpost.