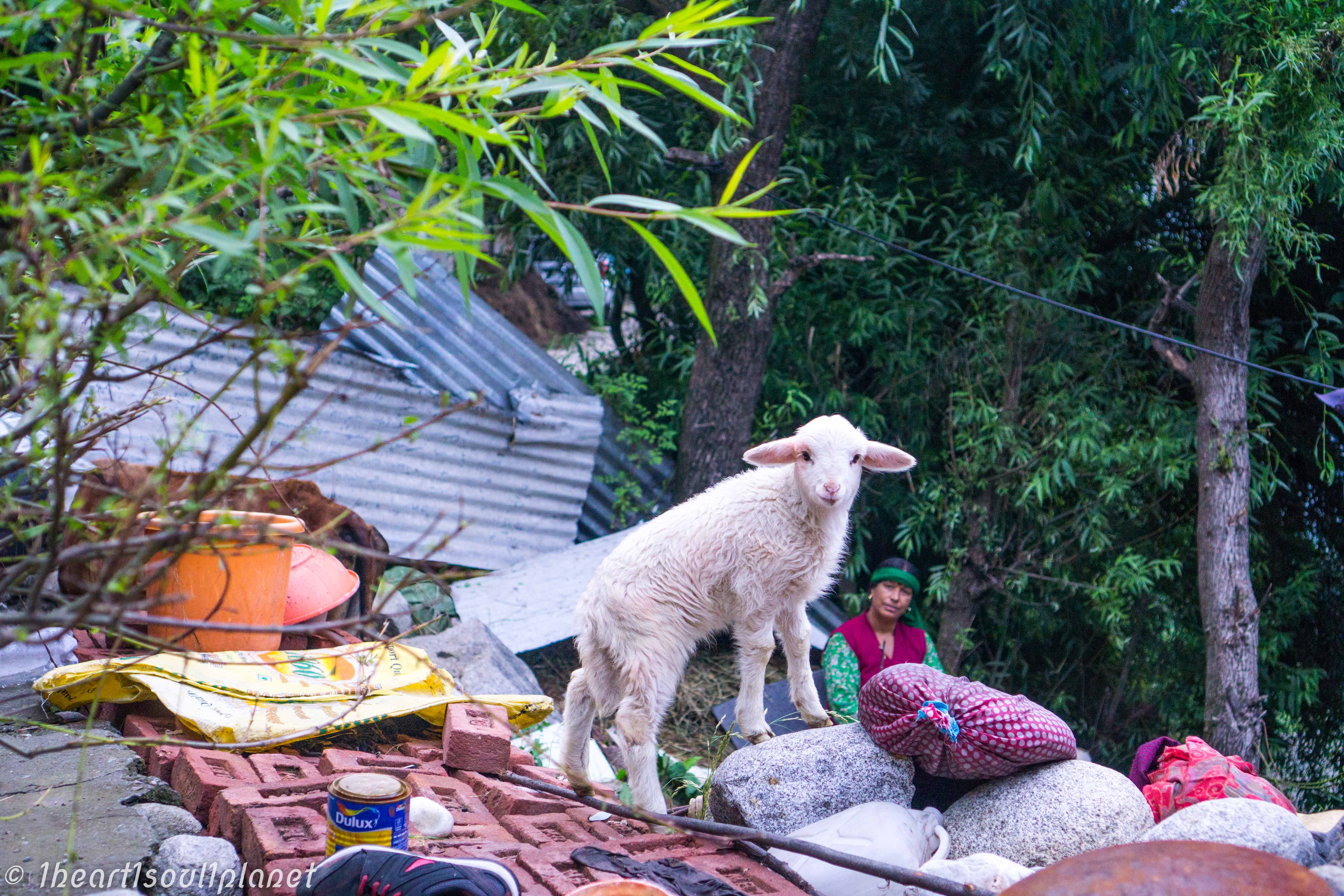 Our train reached Agra a little bit too early and at first, we didn’t even realize we were there. As soon as we did, we hurried off the train and into the crowded train station.
A rickshaw driver brought us to the famous Namastey Hostel, where we were welcomed warmly by the owner.
The hostel looked great from the start and the owner gave us tips about what we could do in Agra, but the first thing we wanted to do was sleep.
That we did.
It was cool enough with the fan in the room and we slept through the whole day.
Then we enjoyed delicious and very cheap food in the hostel’s restaurant.

On the next day, we got up very early to see the sunrise behind the Taj Mahal.
Walking through town in the dark was very nice. A beautifully constructed promenade led the way and it reminded us of sea promenades in France. Other people were on their way as well.
The weather wasn’t with us though and there were too many clouds to even slightly see the sun.

We bought our tickets nevertheless and stood in line. Again, tripods were forbidden, and René had to go back out and find a place to put it.
A shop owner offered to guard it and in return, he wanted us to “have a look at his shop” afterwards.

The Taj Mahal was smaller than we had thought, but it was also more beautiful. There are flowers carved in the stone all over the construction- something we hadn’t noticed when looking at pictures.
There weren’t too many tourists that early in the morning, so we were able to take one or two pictures with only us and the Taj in it. 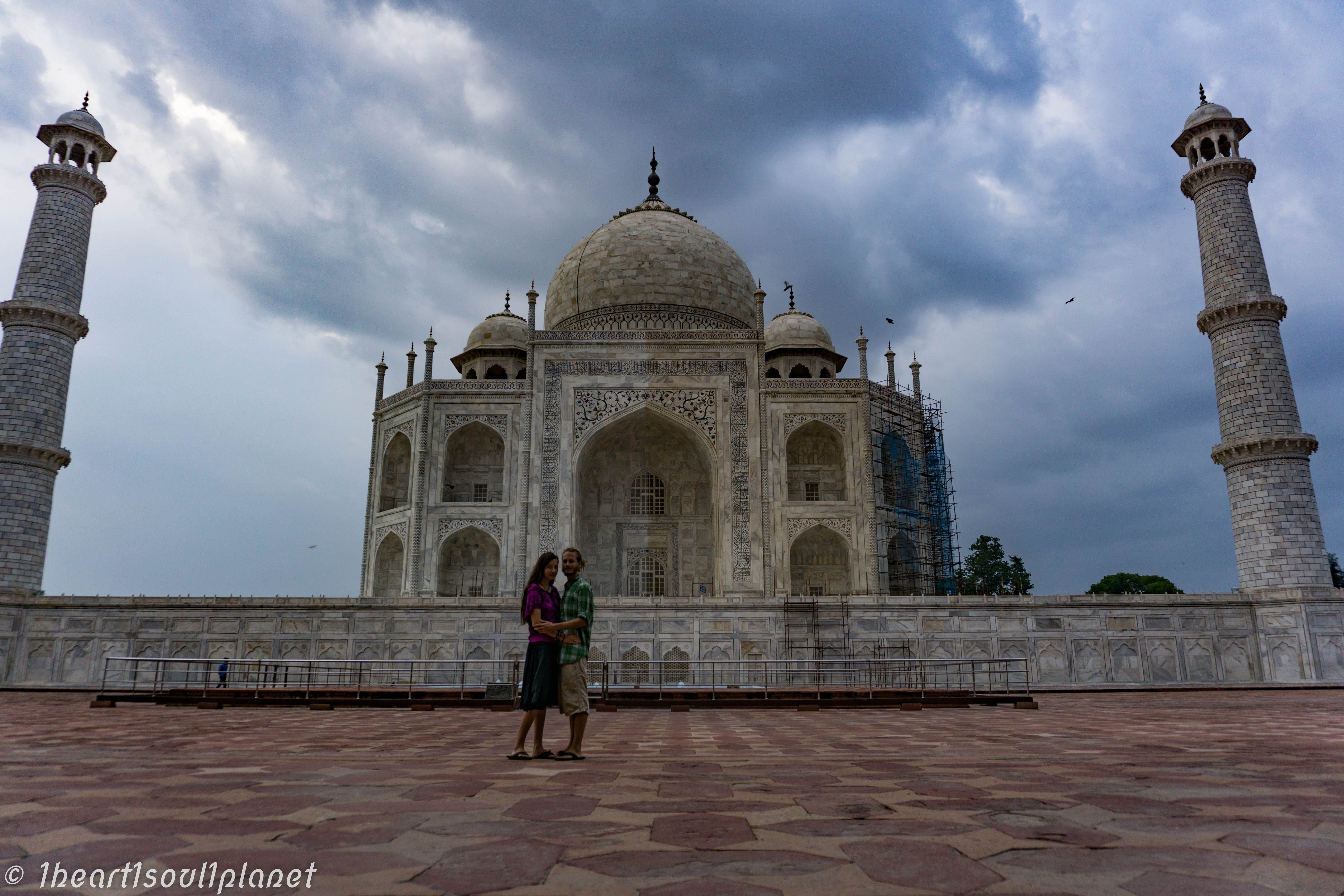 Soon enough though, we got tired of looking at a building- despite its beauty- so we left and collected our tripod as well as a little turtle we had to buy in that guy’s shop.

There are more beautiful things in Agra to look at, but we were still very tired and went back to bed.
Even on our last day in Agra, we skipped the sightseeing. Instead, Nici finished a painting on one of the hostel walls and then we took a bus to Delhi. 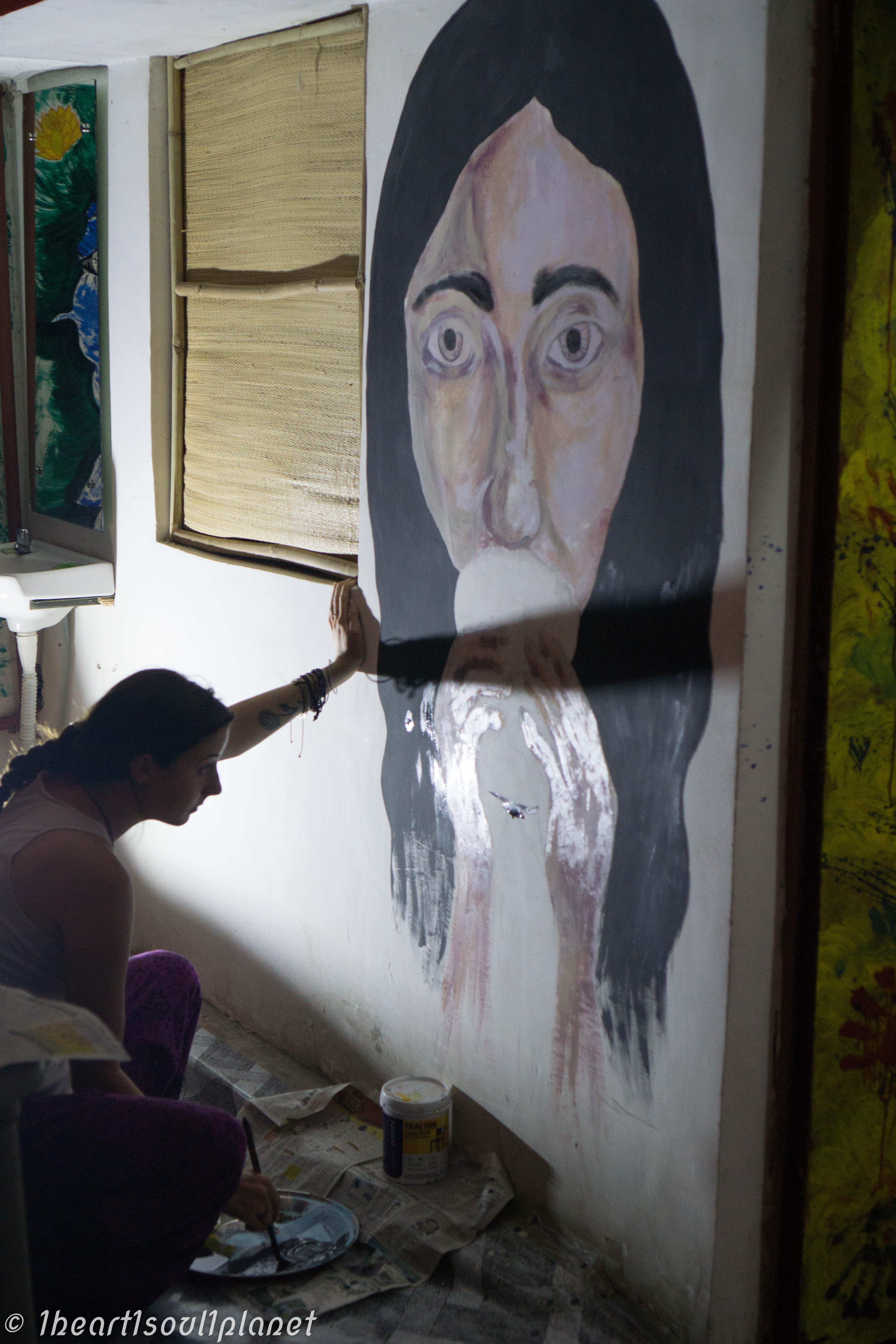 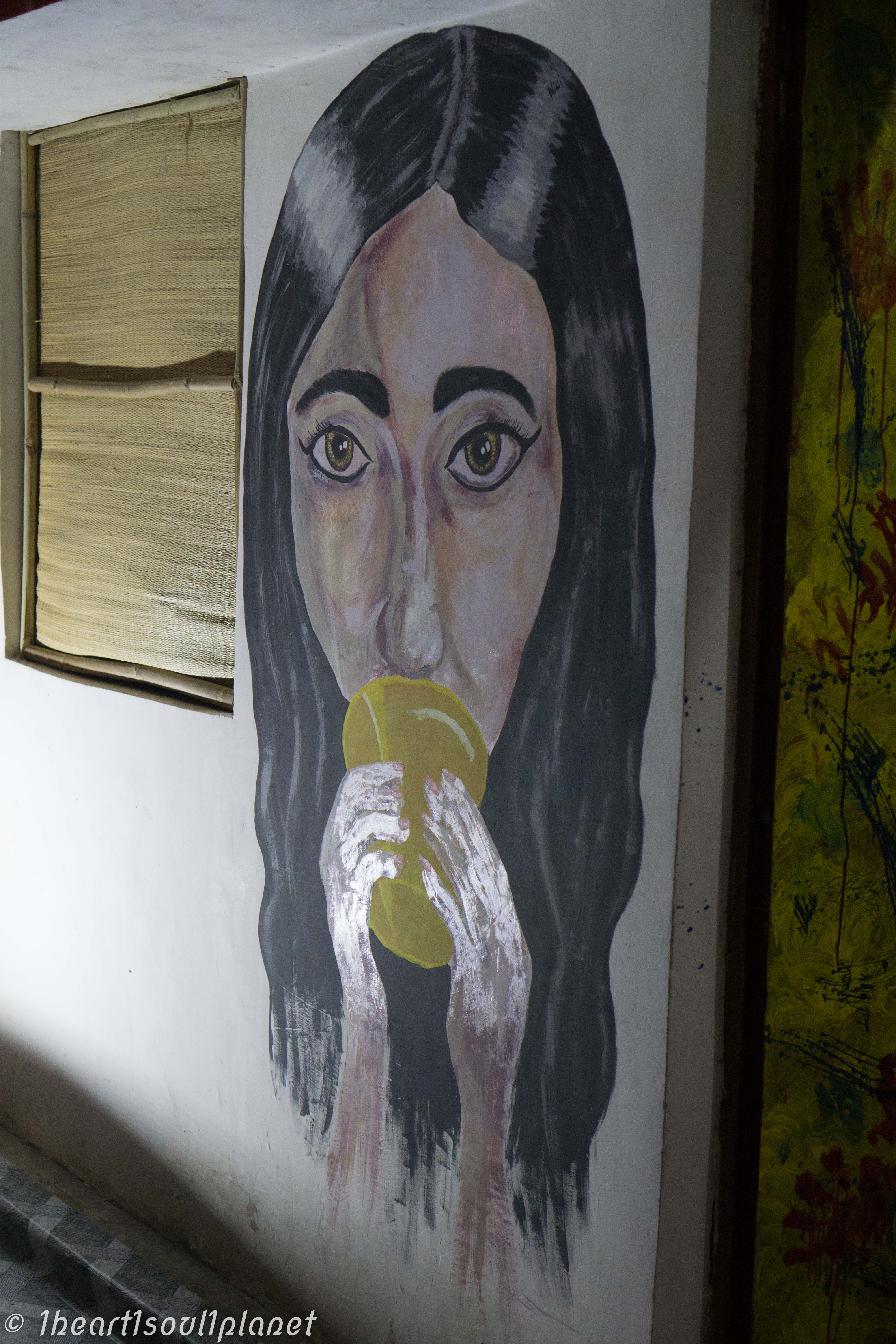 We had planned to only stay a little while in Delhi and then go to Manali, but the busses wouldn’t go, since apparently, tourists were murdered on the road…
We didn’t mind so much, since we had booked a room in the Taksh Inn and we enjoyed a very pleasant stay there, with delicious breakfast that was included and an incredibly friendly staff. No one knocked us out of the bed at night and we had time to sleep and relax and Nici finished writing her book. 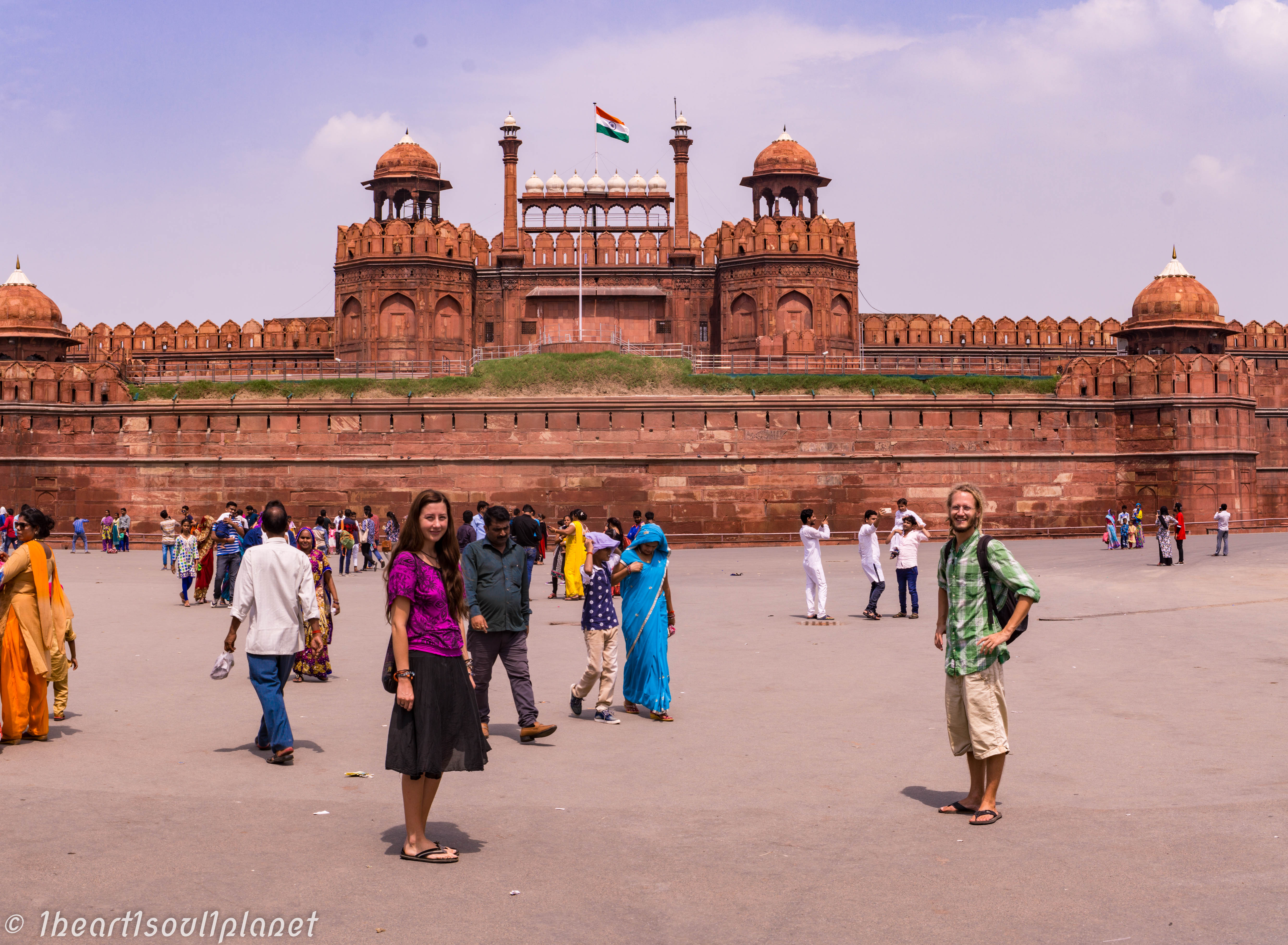 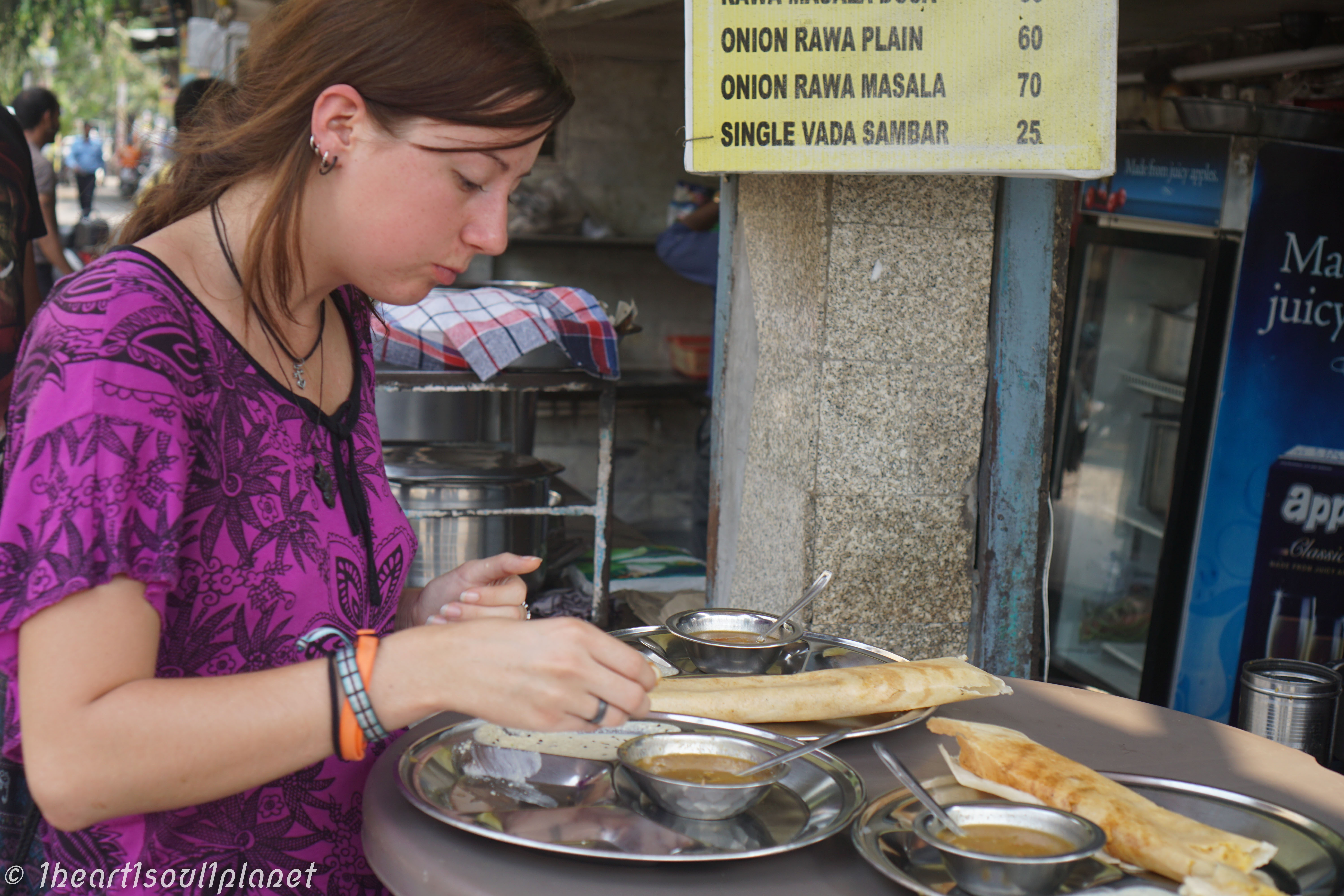 Just next to the hotel was a place that sold Dosas… and we visited it every day.

When everything with the bus finally worked out, we said our goodbyes to the staff of Taksh Inn and boarded our bus.

We had decided to spend a bit more on a good bus, since we needed some recovery-time.
However, you can’t choose the other passengers and we ended up with a group of young men, who drank during the whole 24-hour bus-ride (which was supposed to be only 14 hours) and they made so much noise, we couldn’t sleep at all.

At least it was cooler in the mountains and we didn’t sweat too much, while carrying our heavy backpacks through Old Manali, looking for our guesthouse.

It took us quite a while to find it, because the location in Google maps was wrong and the guesthouse turned out to be outside of town.

The room was nice though, with a great view and at night, you couldn’t hear anything apart from the river. Exactly what we needed.

It rained the first couple of days though and it was quite cold (17 degrees).
We got some exercise though, since we had to walk down the hill to the restaurant and then up again with a full belly.
We fell in love with the Art Café, a place with nice staff and cheap, delicious food. They had about four different veggie-burgers.
At first, we ate falafel and burgers every day, but falafel soon got boring.

When the sun finally came out, Nici fell sick, so René went hiking alone at first.
Nici joined him two days later and we walked quite far to a beautiful place by the river. 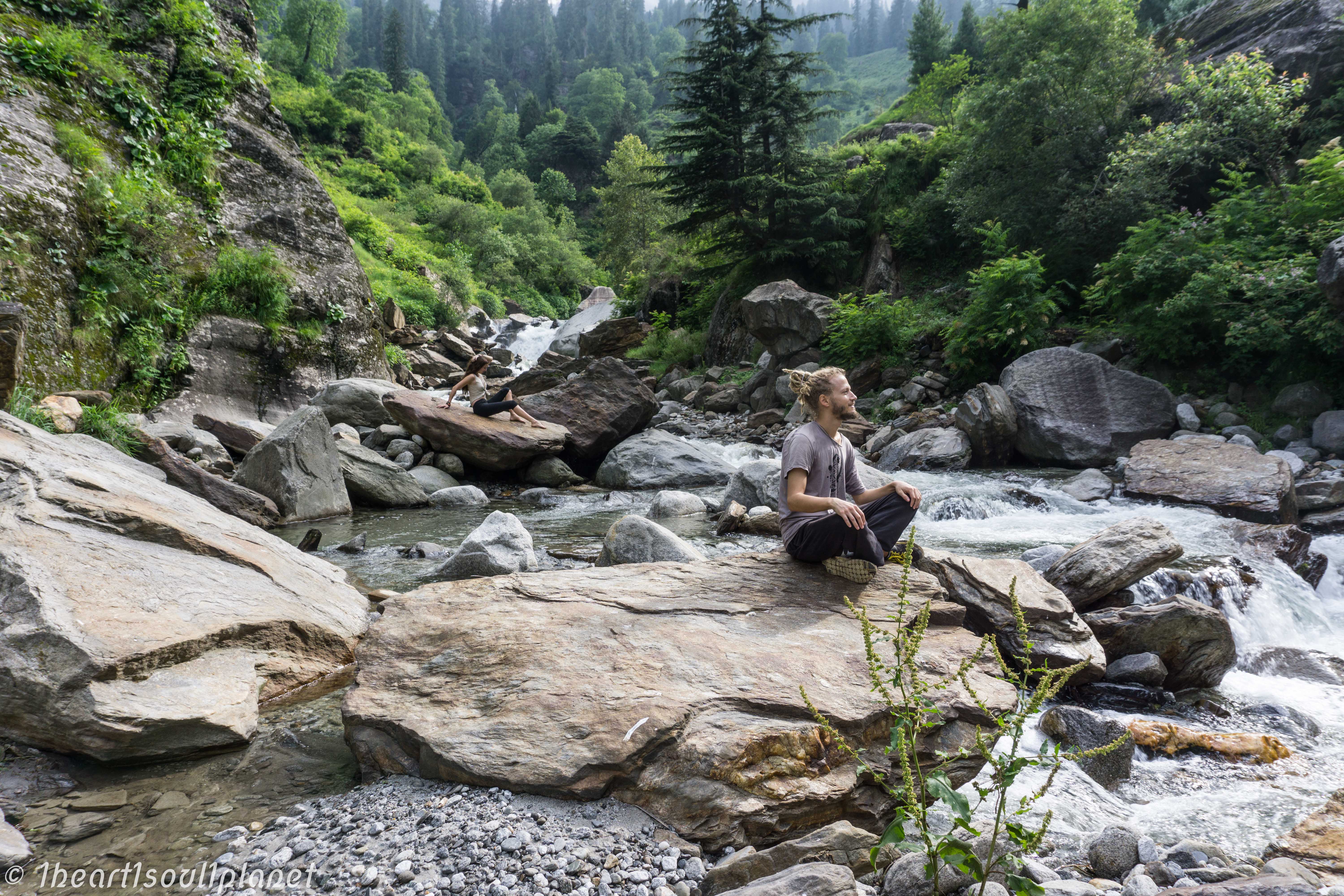 Manali lies at the foot of the Himalayan mountains and looks a bit like Switzerland- only that even here people throw away their waste.
Weed grows like weeds here and is often offered as a “special smoothie” in restaurants.
We had enough emotional issues already and didn’t feel like risking more, so we ordered normal smoothies and refrained from smoking. 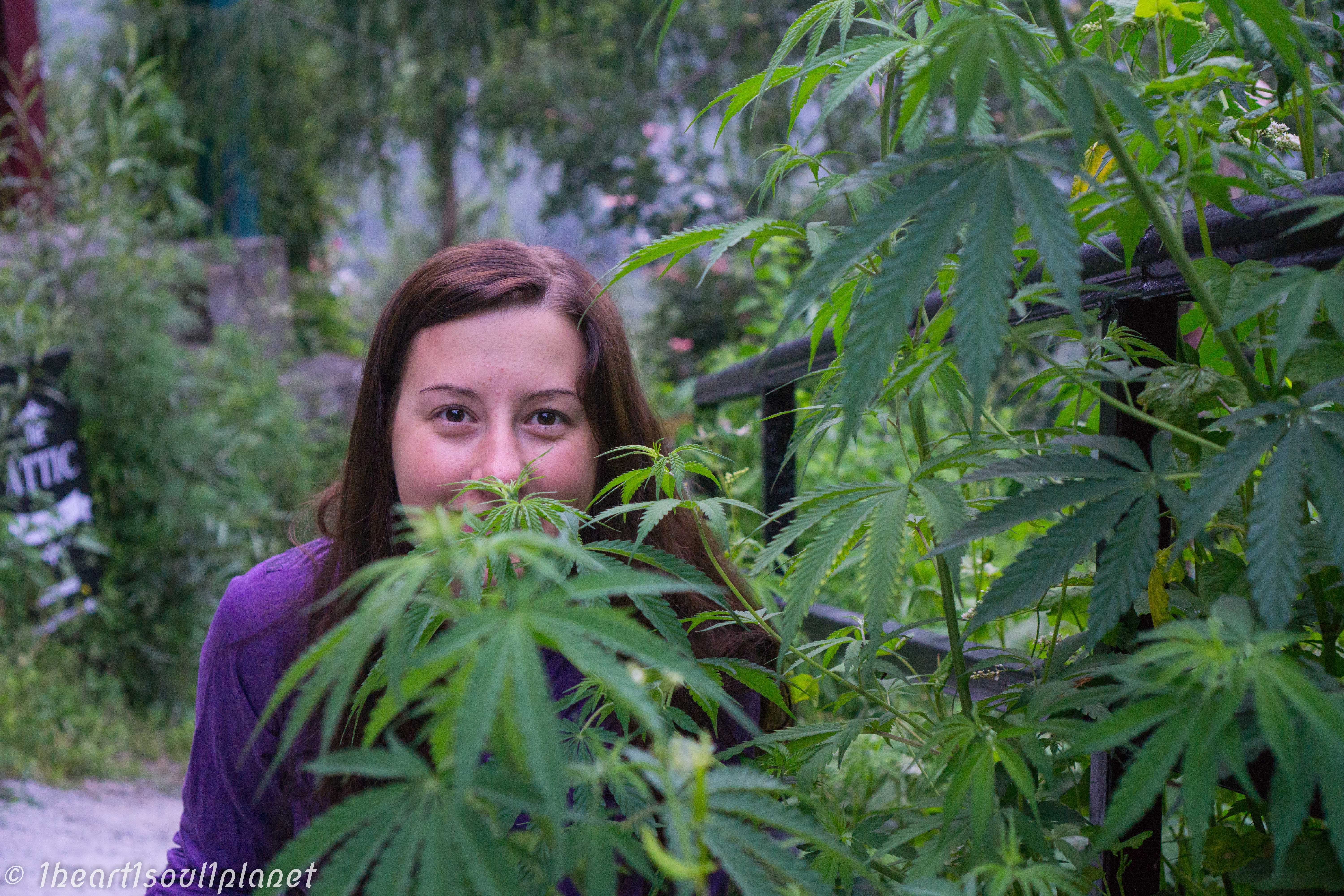 Despite Manali’s beauty, Nici was already beginning to count the days until we could finally go back home and this time, the bus ride only took 12 hours.

We reached Delhi very early in the morning, but the nice staff at the Taksh Inn still knew us and let us move into the room already without charging us extra.

Delhi felt even hotter after the mild temperatures in Manali, but we had our aircon and our Dosas and were quite happy.