A cozy little plane brought us through the night and safely to Mumbai.
At first we had been shocked to find there were no TV’s on board, thinking we had another long flight ahead of us.
It only took 2 hours and 45 minutes though and we were served food anyway, which gave us a little taste of India :)

Getting through security at the airport took a bit longer than expected. No bags were searched this time, but the guy controlling Nici’s visa was incredibly slow and even insisted she had used a pencil to fill out the immigration form (which is forbidden), even though she had used a pen and that was (in our opinion) clearly visible. He was friendly though and finally gave her the stamp.
Our friend Manan was waiting for us at the entrance and drove us to his home, where we were invited to stay for our time in Mumbai.
There we met his parents and were welcomed warmly to their home :)

From the first day on we were spoiled with extremely delicious food and since the whole family are vegetarians, we never felt awkward (like we do when we’re guests in Switzerland).

The difference to the African countries we had visited was clearly visible: in Mumbai, we went out almost every night and never felt unsafe.
The locals are incredibly friendly and helpful, like they also are in most African countries, but the crime rate is much lower here and it gives the city a different atmosphere.
People stare more than they did on our travel so far, though, which we definitely have to get used to.

Manan’s cousin Sinchan, who was visiting from New Zealand, showed us around in Mumbai and let us experience an adventurous train ride to Churchgate (South Mumbai), where we found beautiful buildings to photograph and enjoyed a typical Indian market.
We also visited the Taj Mahal Hotel, which was very impressive and the only thing we drank at the hotel bar was water, which is usually free in India ;-)
It would be fun to know what kind of people are staying at that hotel… maybe Justin Bieber, who gave a concert in Mumbai just when we were there? Not that that’s of any interest for us, but the funny thing is, he also gave a concert in Dubai when we were there and we’re starting to feel a bit paranoid about it ;-) Is he following us? 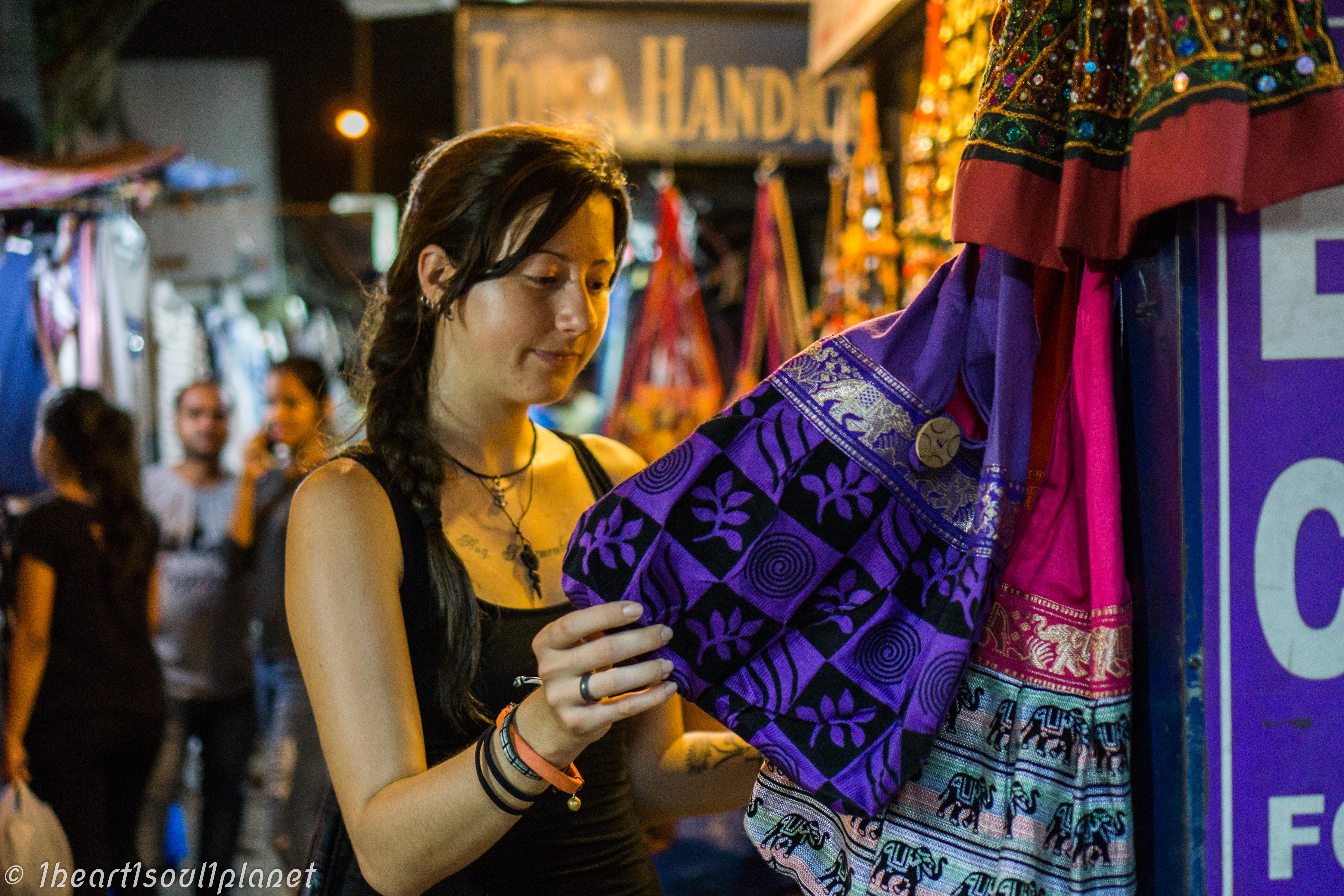 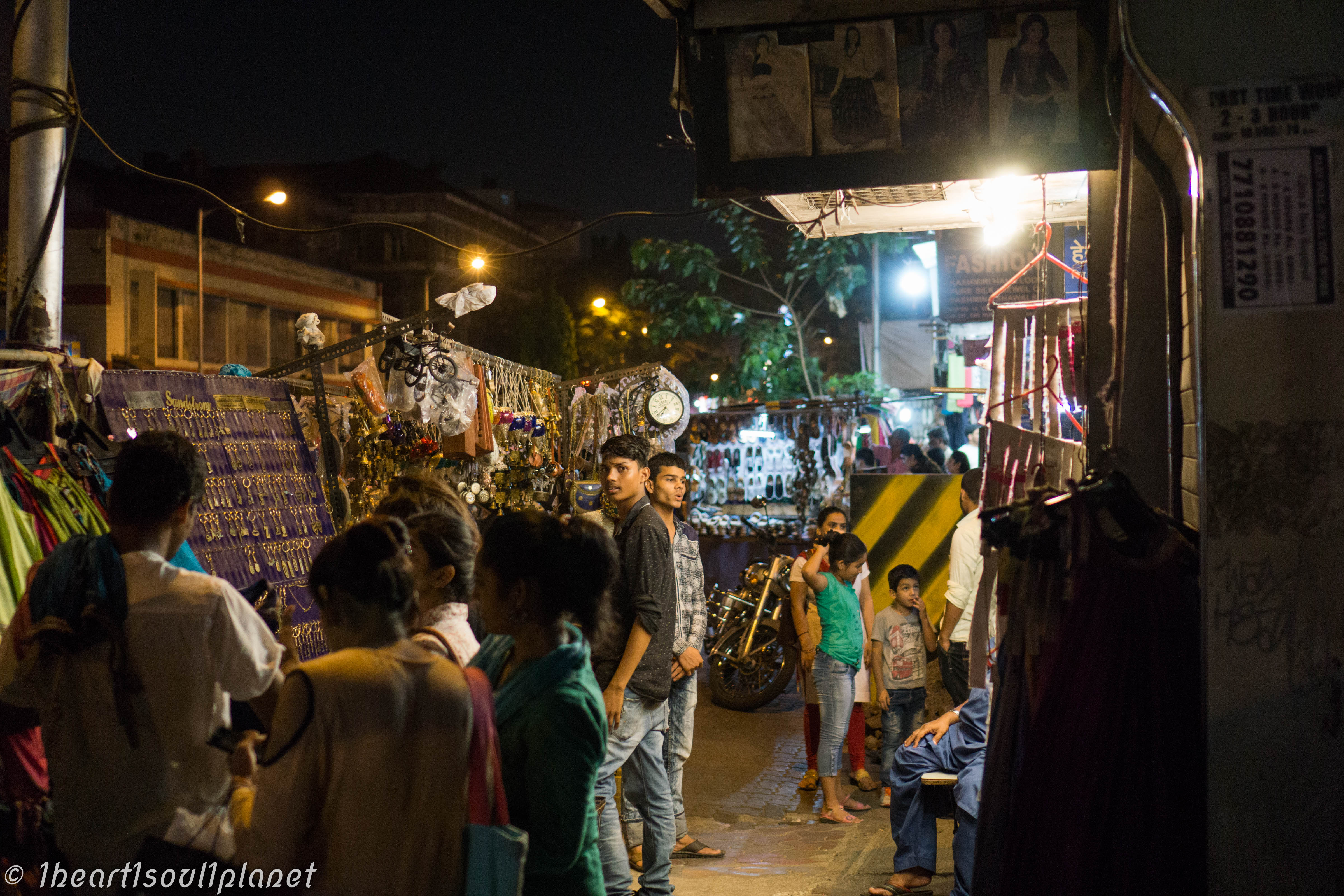 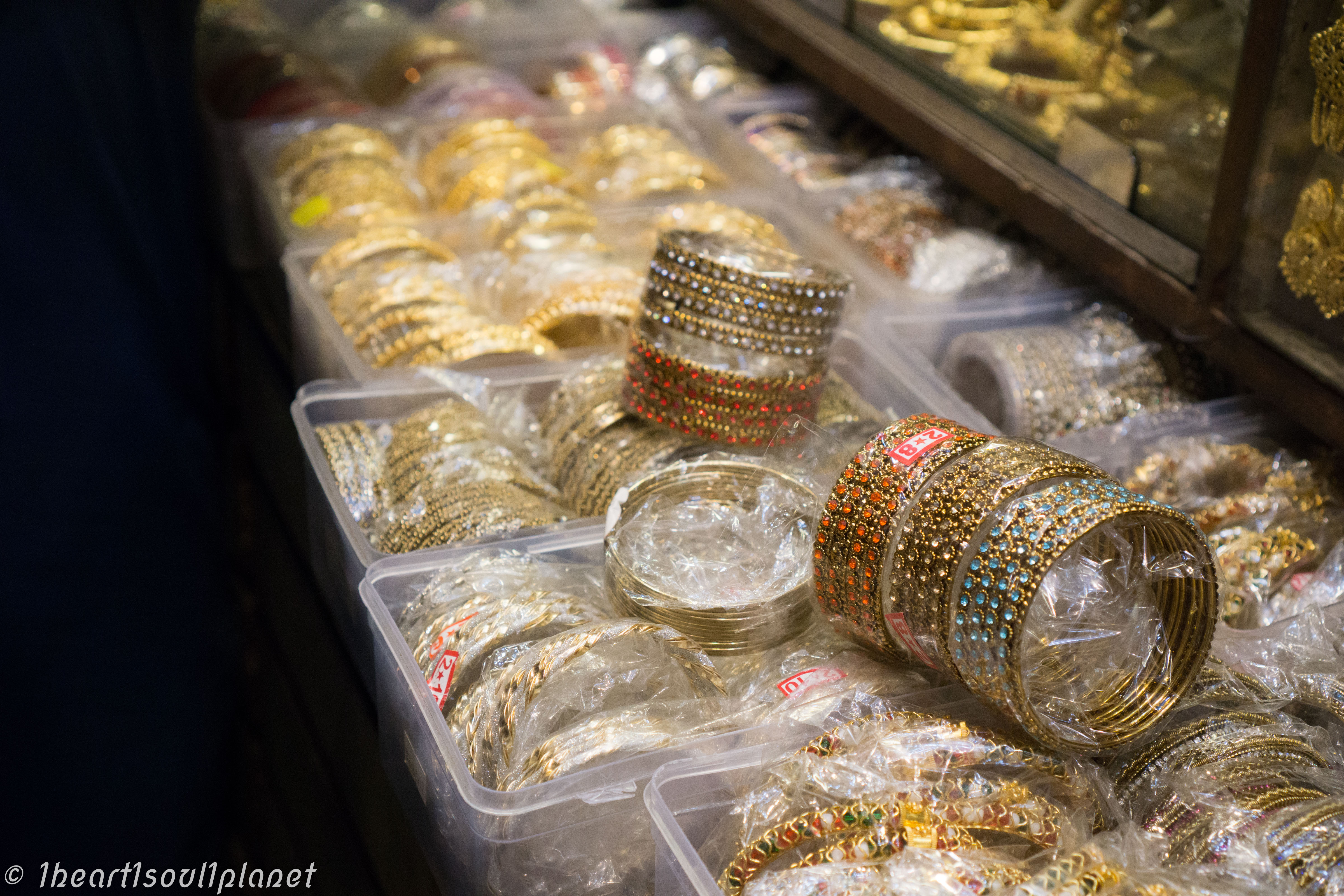 Anyway, thanks to Sinchan’s bargaining skills, Nici got jewelry and a fabric to an unbeatable price and after walking through the markets, we enjoyed some Indo-Chinese food at a restaurant there.
Indo-Chinese food is something that we have only just discovered but immediately fell in love with!
Try it, and you’ll know why!

One night, Sinchan, Manan and one of their friends took us to the beach. It was one of the hotspots for the locals and the beach area was crowded with people and food stands, where street food in all kinds and colors was sold. Manan and Sinchan advised us against eating any of it, though… You never know. We ended up eating at a vegetarian restaurant and enjoyed garlic-chapatti amongst many other delicious things <3 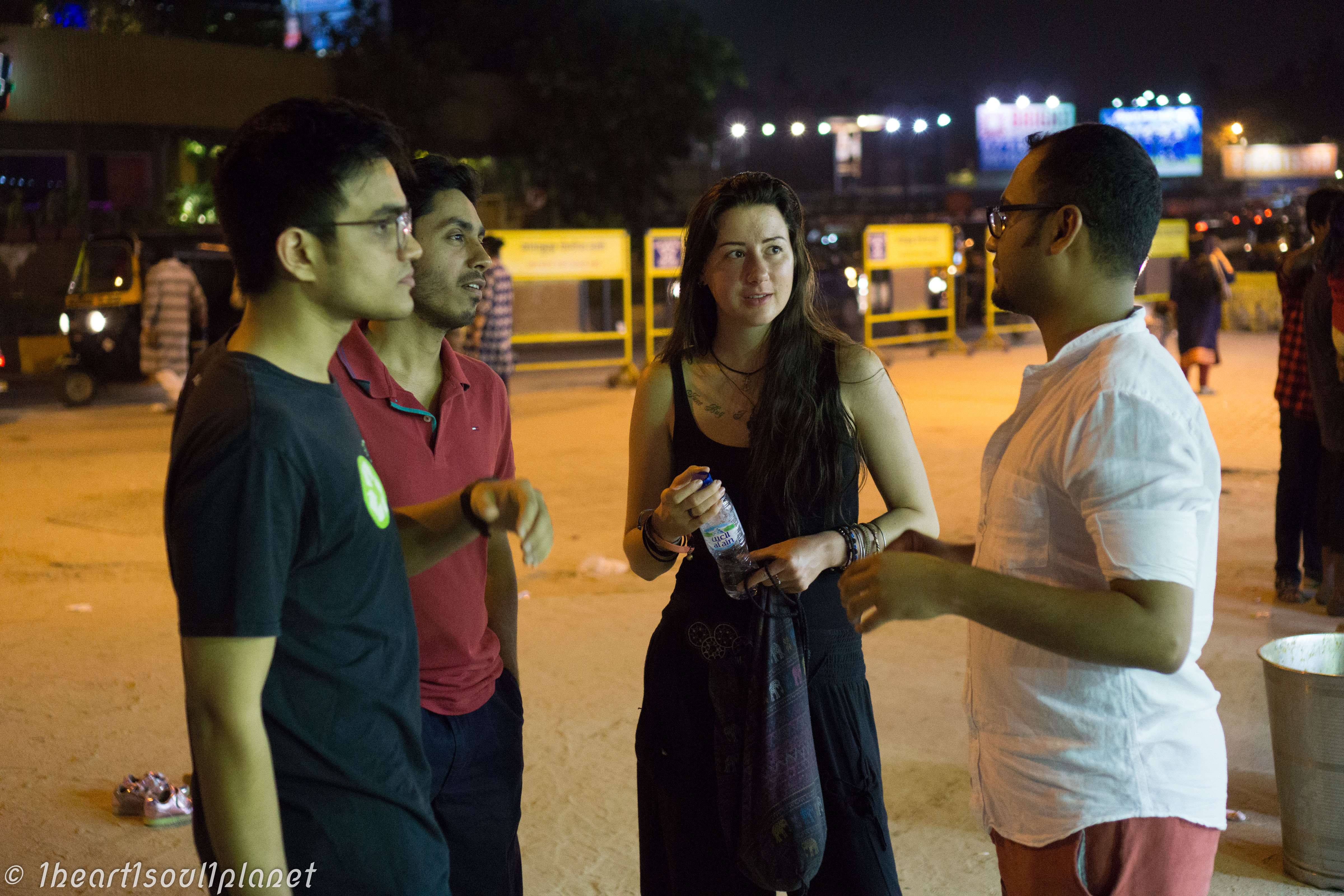 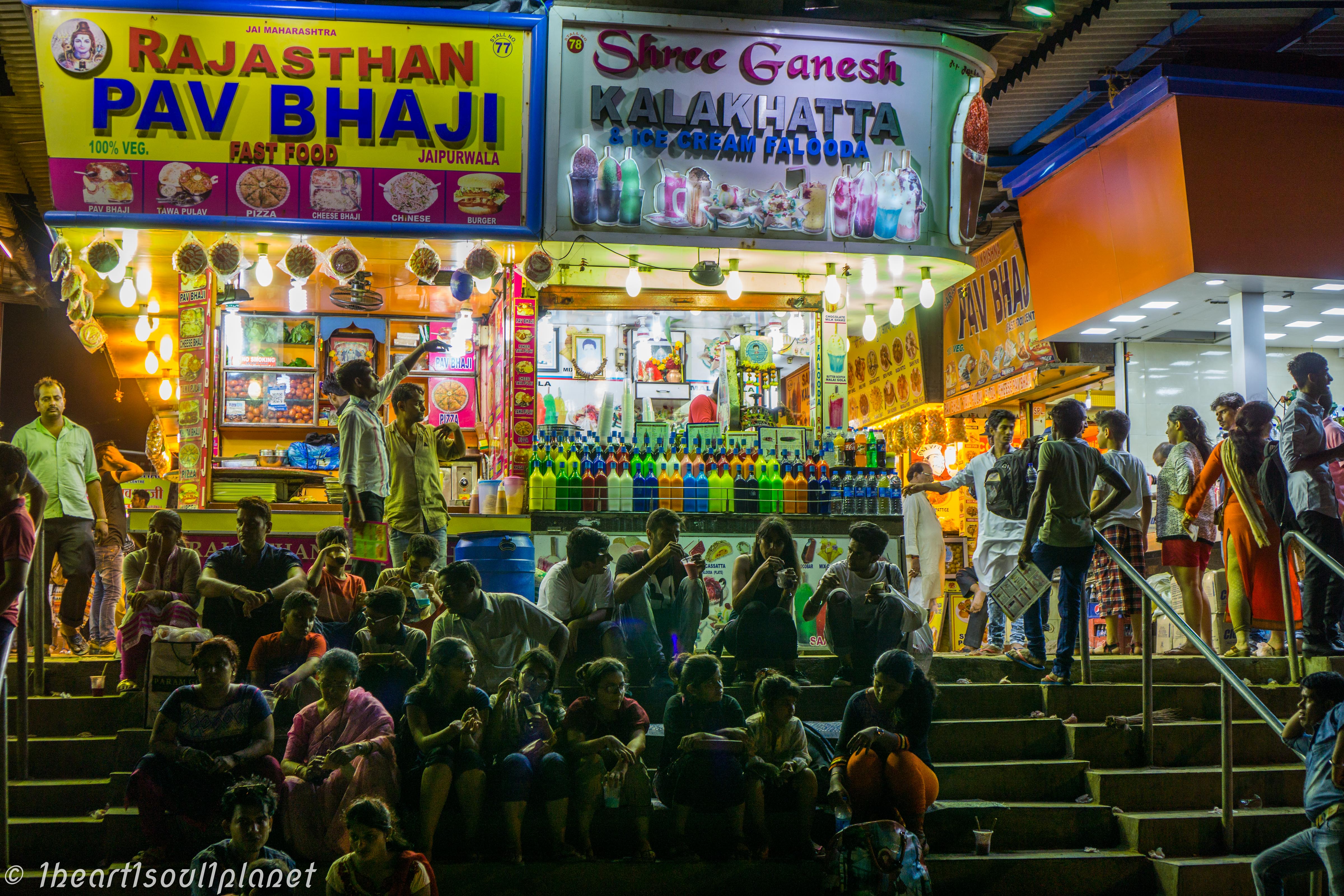 Maybe something about the food was bad though- or maybe René’s just incredibly sensitive, but he fell sick again and had to stay in bed for a while.
At least he was fit enough to go to the cinema, so we watched King Arthur and Nici was in paradise, because other than in Switzerland, the popcorn here is really cheap :-)

Soon enough, our week in Mumbai was about to be over, but one day before leaving for Goa, Manan’s family asked us if we were interested in going to a local wedding and wearing traditional clothes… of course we were!
Lucky enough, René was feeling better, but after eating at an organic restaurant and stuffing herself with vegan chocolate milkshake, ice cream and cake, Nici was the one who felt sick.

Luck was with us and she was feeling better the next day, so we got dressed up for the wedding. Nici loved wearing a Saree and felt sad about having to take it off after the wedding…
The wedding itself was very entertaining for us and definitely less boring than European weddings. The guests were dressed very colorfully and the music was wild enough to dance to and the bride and groom looked absolutely stunning!
We enjoyed the wedding a lot and were really glad to have gotten that opportunity and experience! 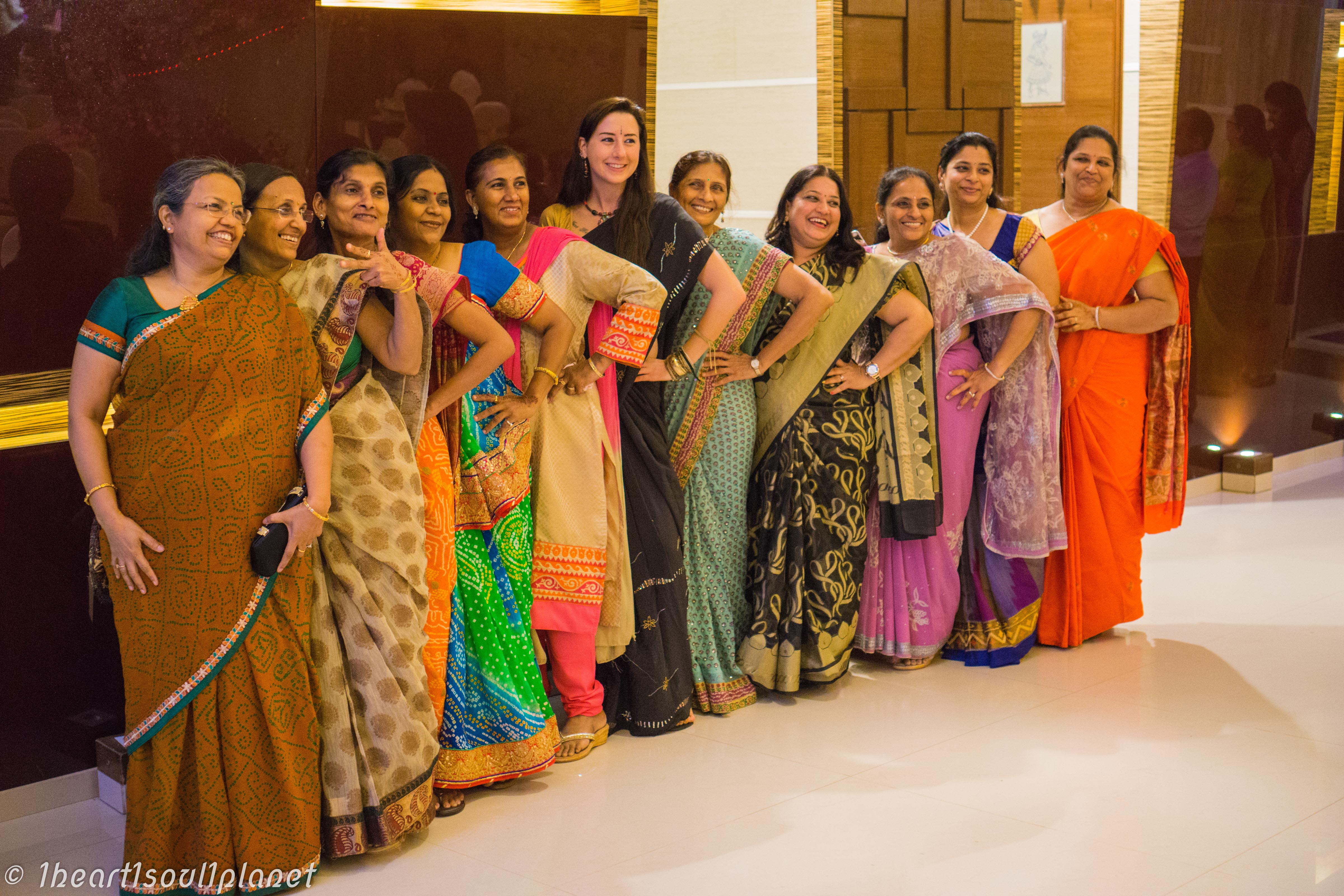 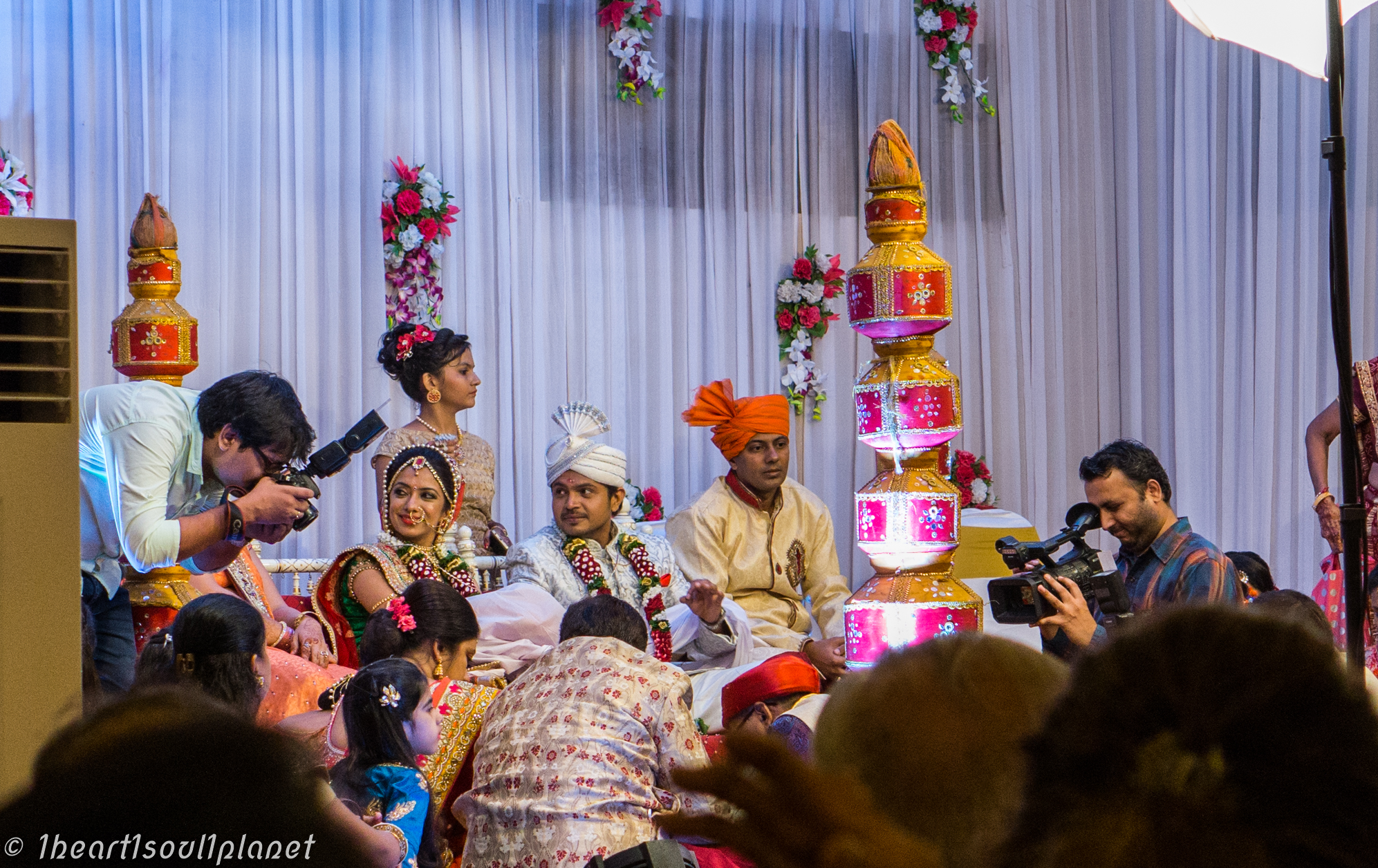 After the wedding, we had to pack our stuff. Manan keeps our African souvenirs in his room, so we don’t have to carry them around India and we’re really thankful for that!

A comfortable sleeper bus then brought us to Goa…

Thank you, Manan and family, for the hospitality and for showing us around! We really enjoyed our stay in Mumbai and are already looking forward to spend yet another week there, before flying to Switzerland :-)