Mokoro trip in the Okavango Delta in Botswana

Time flies when you’re happy, and soon enough we had to say goodbye to the Green Joule Farm and its inhabitants.

We took the bus from Ghanzi to Maun, which cost us 50Pula (5 USD) and took about 3,5 hours.
In Maun, we booked three nights at The Old Bridge Backpackers- back to camping!
We don’t have any mattresses left though, so we tried to make it as comfy as possible by spreading our clothes on the ground and sleeping on them.
Nici still got a backache though.
It went along well with her homesickness, which by the way we realized only occurs once a month…
why might that be?

The place was great, however, and we met nice people, with whom we went on a boat safari the next day.
The name of this safari is mokoro, they use narrow boats which look like Canoes but are driven by one man standing up- like a Gondola.
It was nice because only two people (and the stir man) fit in one boat.
The river was calm and beautiful and even the boat trip itself was worth the 750 Pula, per person.
Shortly after entering the water, we already encountered three Hippos- two adults and a baby.
We already saw Hippos in the Kruger Park, but it was a whole new experience to be in the water with them… it was amazing!
We also saw herds of zebras grazing next to the river.
After a couple of hours, we went ashore and started a walking trail, which was included.
We walked for several more hours through the Okavango Delta and saw more zebras, an elephant and a big herd of giraffes!
Then we went back to the boats and were driven back.

In The Old Bridge Backpackers, we enjoyed a vegan burger and some St. Louis’ (beer). It’s a very nice place to just hang around and enjoy Live music…

After three nights in the Backpacker’s, we took another bus from Maun to Nata, where we had to wait for a combi taxi to Kasane.
We booked two nights in the Thebe River Camp, where we were surprised by a huge rainstorm.
Luckily, there are roofs under which we could install our tent and our 20min plastic ponchos kept us dry as well ;-)
The day after the big rain was sunny, but we both had got a bad sunburn on the mokoro tour, so we decided to stay underneath the roof and just relax.
That night we ate a delicious veggie-pizza at the campsite’s restaurant to celebrate our last day in Botswana…

We were sad to leave this country behind, as it’s our favorite one so far…
Botswana is absolutely amazing and great and easy to travel. We wondered why it says in the Lonely Planet, that Botswana is a once-in-a-lifetime experience, due to the high prices… We’ve never spent so little money in an African country so far.
Our daily budget decreased (not only due to volunteering).
We guess that most people rent 4x4 cars and stay at expensive Game Lodges… if you travel by local transport however, you’ll save so much money!
Even the taxis are very cheap, usually between 1 and 5 USD.
What we also loved about Botswana is the safety, and the politeness of the locals. We never felt unwelcome and since the country is very wealthy compared to other African countries, travelling was very easy and relaxing.

Now we’re already in Zimbabwe, but more about this country in our next blogpost… 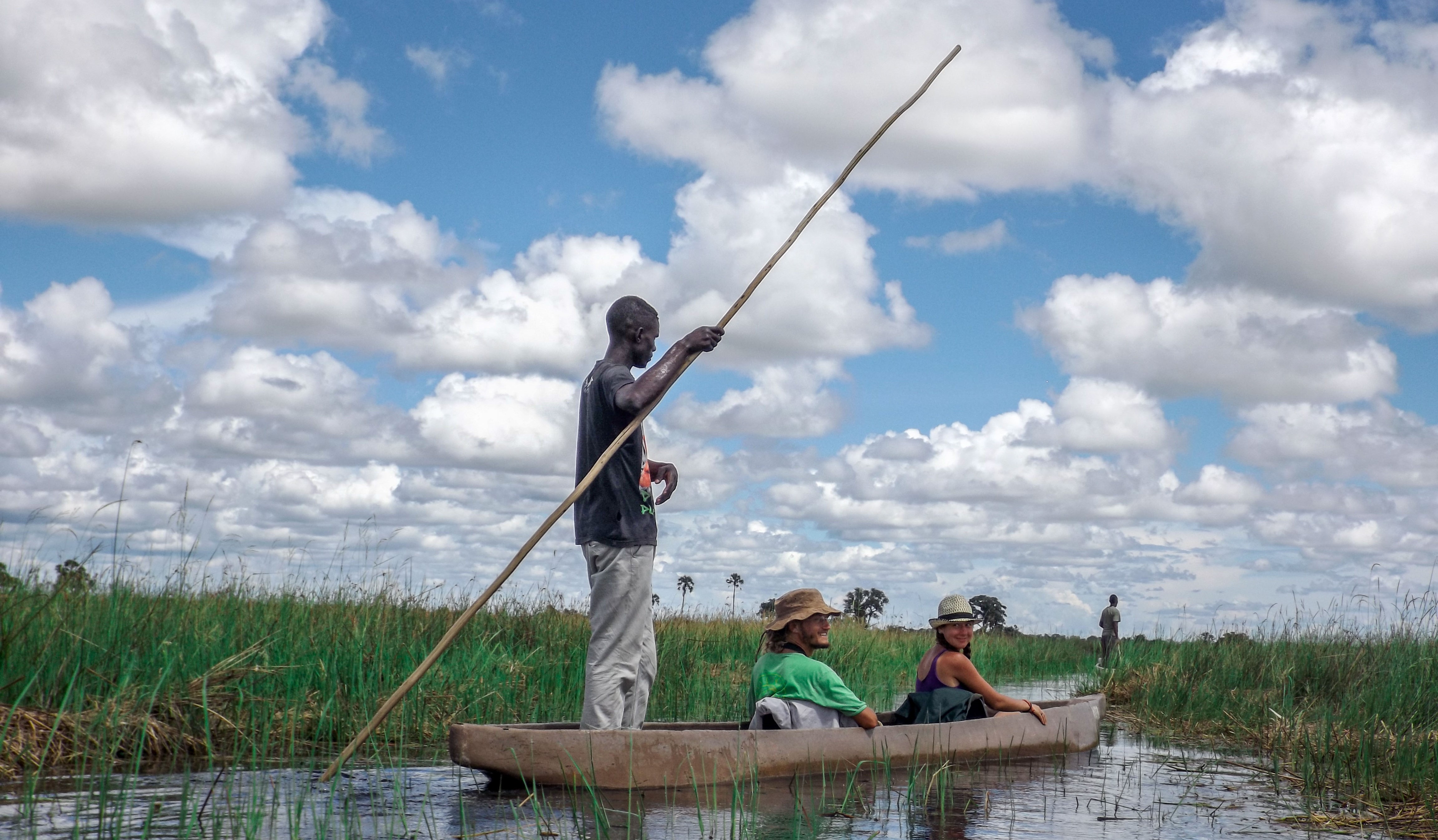