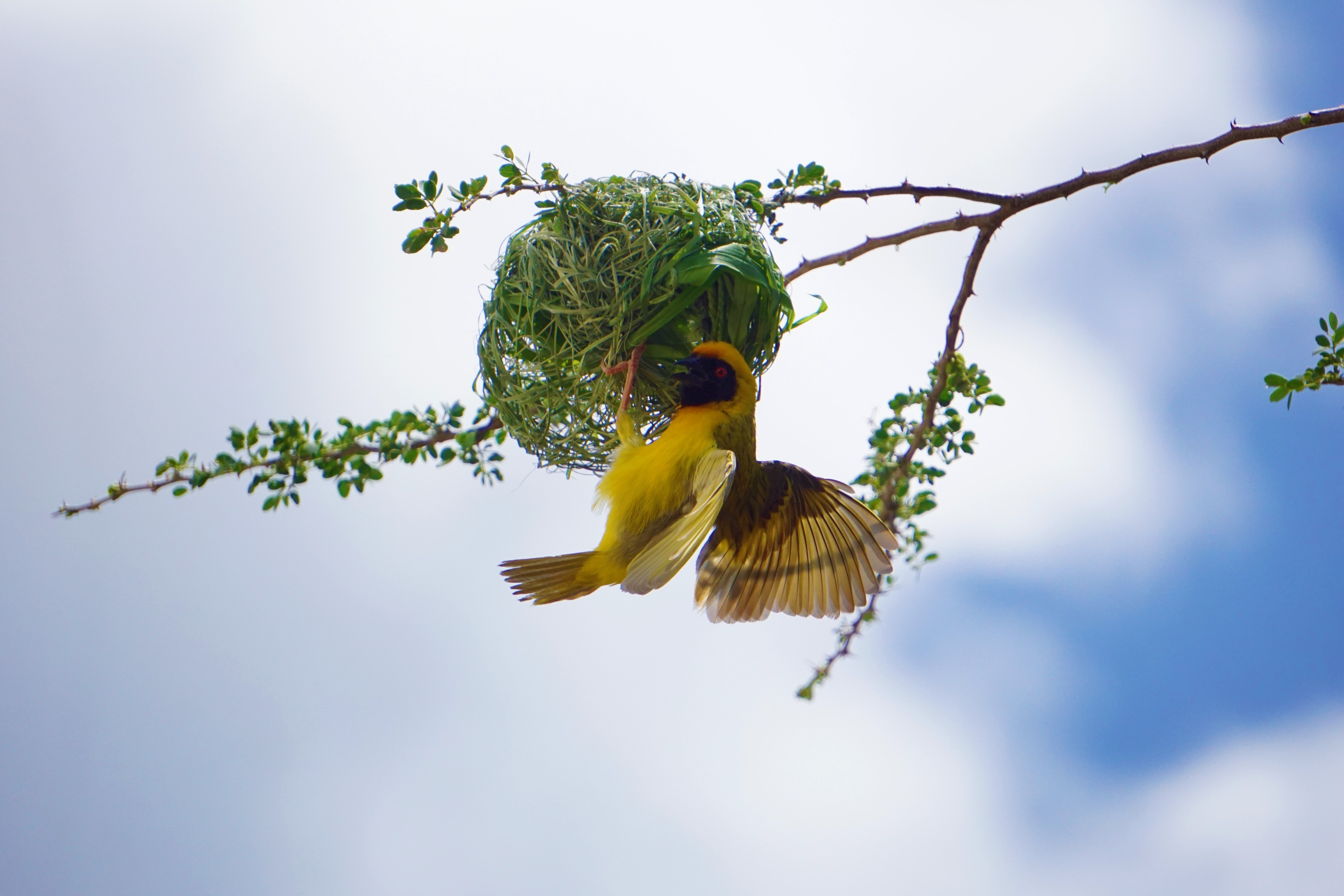 Gaborone greeted us with what seemed to be a vibrant nightlife. The bus station was surrounded by market stands, music was playing, and despite the darkness, people were still outside.
It was a great first impression for us, and reminded us a bit of Asia.
A taxi driver recommended us a certain guesthouse and drove us there.
It was a bit out of our budget, but we had expected to spend more money in Botswana, regarding that it’s a rather expensive country.

We booked two nights at this guesthouse.
The next morning, we went to look for the embassy of India and found it.
We had our forms, which we’d filled out in Windhoek before, and everything else ready.
But the woman at the desk wasn’t happy. She told us that they don’t use the online-forms in Botswana and that we have to fill out another form (which she handed us) by hand.
She also told us that since we’re going to visit a friend in India, we need a formal invitation letter as well as a passport copy of this friend.
This seemed to be too much of an effort, so we decided to just book a hotel in Mumbai for one night and apply as normal tourists.
We also had to hand in our flight tickets, but the problem was that we still hadn’t got them per email.

Anyway, we walked all the way back to an Internet café, which we had encountered before, and booked a hotel, printed some kind of overview of our flight, filled out the forms, copied our passports and then walked back to the embassy.

The woman at least seemed to be happy and handed our staple of documents back to a man who was supposed to do the rest.
He, however, came back to us and asked us why we had only booked one night in a hotel when we were applying for a 3 months-visa. Great.
We tried to explain to him, that we’re backpackers and that we’re going from place to place and don’t book anything in advance.
He said: “So you’re travelers?”
Us: “Yes, we’re doing the same here in Africa.”
Him: “You’re traveling Africa?”
Us: “Yes, we’re going to Zimbabwe, Zambia and everything up to Kenya”
Him: “So you fly from Kenya?”
Us: “Yes”
Him (handing us back the forms): “Then you have to apply from Nairobi, Bye.”

Thank you for telling us this only AFTER we filled out everything, spending an hour in an Internet café, cursing about the slow connection.

It was somehow a relief, though. Because now we don’t have to think about the visa anymore, until we’re in Kenya, and our friend from India had time to send us an invitation letter and his passport copy.

Anyway, that was the visa- story. We now know that we always have to apply at the last port.

From Gaborone, we took the bus back to Ghanzi, all the way through the country (again). But to our surprise, it was incredibly cheap (about 60 Pula per person- 6 dollars)

Accommodation is quite expensive in Botswana, but the country has a decent public transport system, which is very reliable and very cheap.

In Ghanzi, we were picked up by Clare- our wwoofing host.
We actually never visited the wwoofing-website, but we got Clare’s email-address from a Belgian couple who we’d met in the Elangeni resort, back in South Africa.

Clare drove us to her farm, the ‘Green Joule Farm’, which lies about 10 kilometers from Ghanzi. We instantly fell in love with the farm and its surroundings!
We were greeted by four cute dogs, Bruce, Jaws, Goldie and Tinkerbell (Stinkie).
There’s also a young male cat named Tigris and a baby cat named Litha. (And chickens, ducks and geese)

We made ourselves comfortable in the guest Bungalow and enjoyed 2,5 weeks of farm-life.
Our arrival was just in time to help with a new project, Clare and her son Tyrell had just recently started: a big patch which is supposed to hold 5000 garlic plants. (Garlic is incredibly expensive in Southern Africa)
It was nice to do something physical for a change, after weeks of sitting around either in cars or buses. Now we could exercise our muscles digging up the ground, raking, weeding; and working outside in the sun gave us a nice tan ;-) (which especially Nici’s very happy about)

Clare spoiled us with delicious home-cooked meals with organic veggies from her garden. You wouldn’t believe how happy we were to eat healthy and tasty food for a change!
Plus, she never even once questioned us being vegan and she even came up with some nice recipes, which we will definitely remember!

Since now it’s the rainy season, we witnessed some very nice lightning storms… it often rained during the night and the sun would shine during the day, which is perfect for the plants. So right now, everything’s green!
Even when we drove through the Kalahari, we couldn’t believe that it’s supposed to be a desert…

Working on the farm gave us a different perspective of Botswana. Instead of rushing from one tourist attraction to the other, we were able to focus on the small things, like watching birds building nests, finding huge silver caterpillars, building up a moth-tolerance, observing huge ants and having Geckos as roommates.
We also learned a lot about gardening, which we can definitely use in the future!

Luck was with us, because we encountered no spitting cobras or black mambas…

Now we’re really sad to have to leave this place behind… It feels like home and it gave us a break from the exhausting things of traveling…
RIGHT, I forgot: for example, being taken out of the bus by the police and military, having to let them go through our luggage again and again, because they apparently couldn’t believe that we didn’t have anything illegal in our bags… Nici will definitely not put a bag of dried lavender in her backpack anymore… (though it makes the clothes smell nice)

Well, the police were nice. One guy said, looking at René: “We don’t have to search that guy, he’s got dreads!”
Apparently, that’s a good thing here in Africa ;-)


Anyway, THANK YOU Clare and Tyrell for hosting us! We had the best time and we really enjoyed being here! :-)

Now for anyone interested in volunteering on Clare’s farm: We can only recommend it! Please contact us for more details. 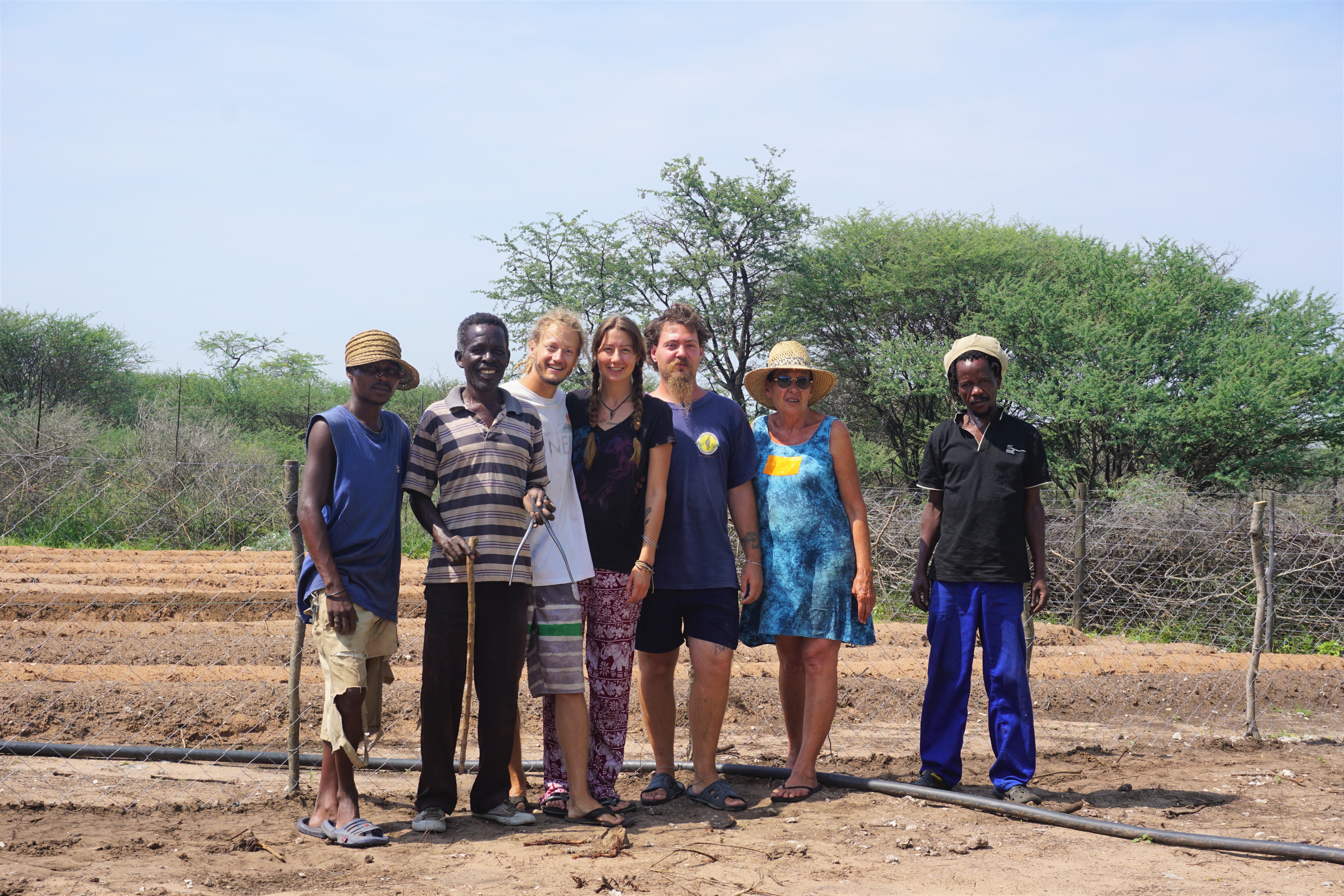